Home NEWS Again two trucks smashed together on A67 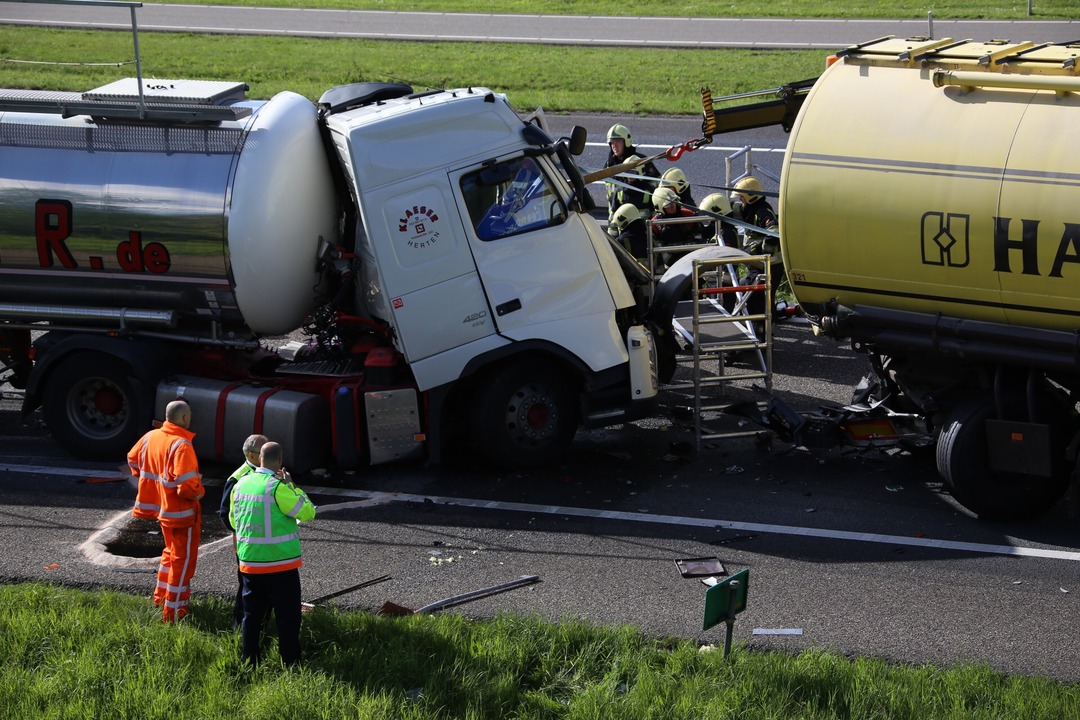 On the A67 at Geldrop two trucks collided this morning.

The driver from the rear truck was brought to hospital by ambulance. He was seriously injured. In one of the two trucks dangerous substances were transported. But according to the police the contents is not leaking.

The road from Venlo to Eindhoven at Geldrop is probably closed at least until 14:00. The traffic which was behind the accident, got redirected via the other lane. Other traffic is redirected from Asten.

This is the second accident on the A67 this morning, the first happened close to Hapert. There a truck and a car from the Ministry of Infrastructure and Environment (‘Rijkswaterstaat’) bumped into each other.