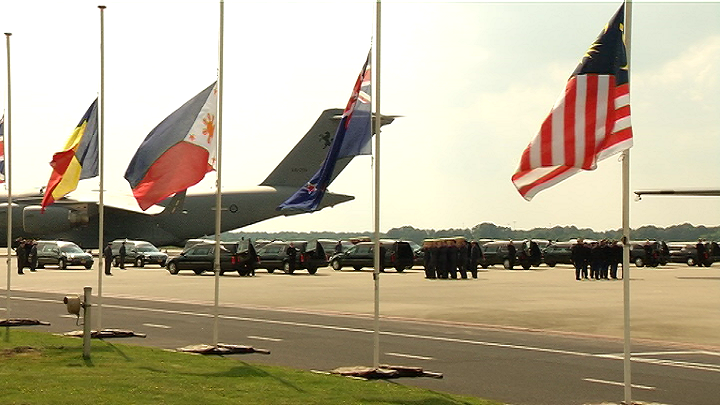 The last remains of the victims of the MH17 disaster landed just before 16:00 on Saturday, 2nd of May. There were seven coffins in total.

The same ceremony was given to honour the last seven lives perished in the MH17 in July last year, when the plane was shot down. Family of the victims and various dignitaries and high ranking officials were present. It is the tenth time that the plane with human remains has landed in Eindhoven.

The remains were brought to the forensic laboratory in Hilversum for identification.

Traffic on the A2 from Eindhoven to Utrecht was momentarily stopped by Rijkswaterstaat to honour the procession last Saturday.

All 198 passengers and flight crew were killed in the air flight disaster MH17, among them 196 were Dutch, seven were from Eindhoven.