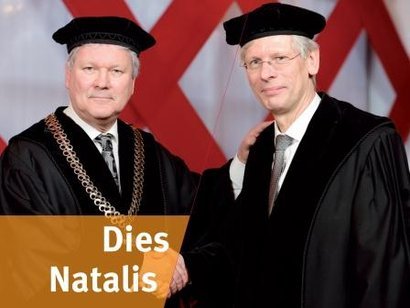 TU/e will be investing € 3 million in additional scientific and academic personnel over the next two years. The new rector magnificus Frank Baaijens announced this today, during the traditional Dies to celebrate the university’s anniversary.

The TU/e Executive Board is committing this extra budget in full to alleviate the increasing workload and to maintain the balance between research and education. The workload increase is a consequence of the strong growth in student influx.

During these anniversary celebrations in Eindhoven’s Catharina church, the university said goodbye to rector magnificus prof.dr.ir. Hans van Duijn, who, after ten years at the helm, handed over the reins to prof. dr. ir. Frank Baaijens. Van Duijn
received the Eindhoven Friendship medal from Mayor Rob van Gijzel for his services to the university and the region.