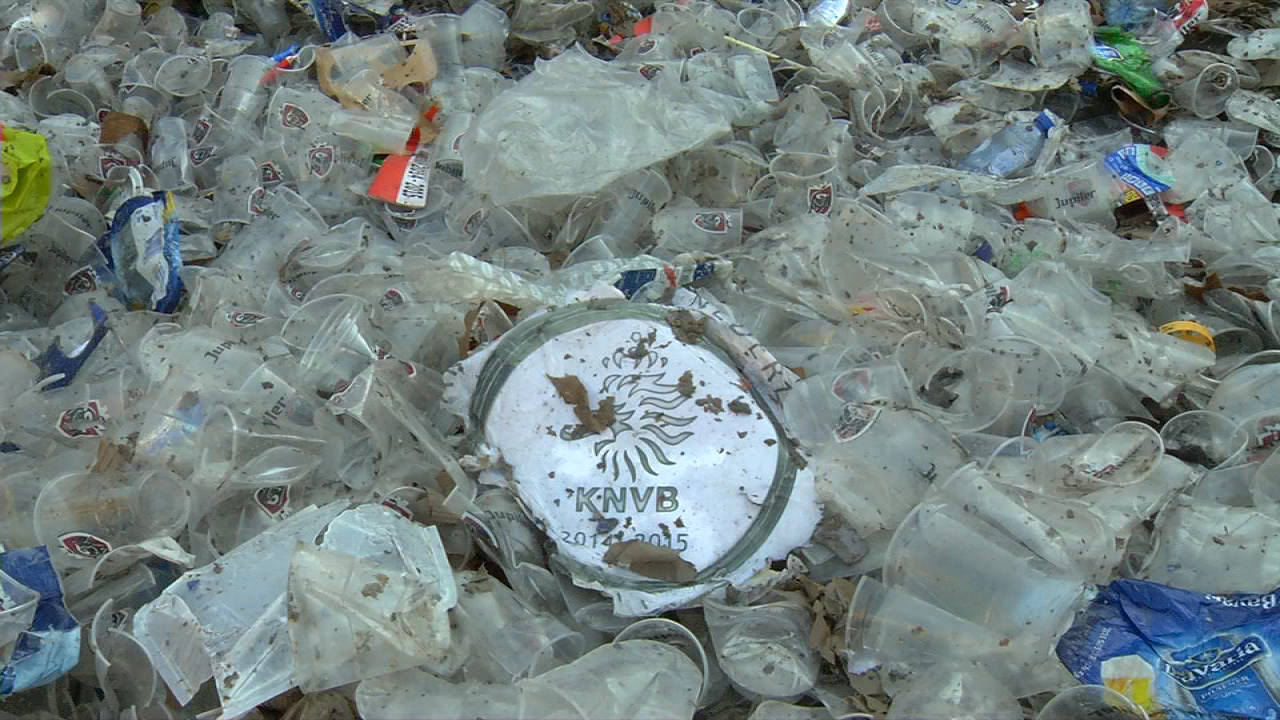 The tons of waste lying around in the centre of Eindhoven after the Championship celebrations of PSV are almost cleaned up.

Ergon started the cleaning already last night. This happened with 15 employees. This morning at 6 am they re-started with 20 people. Ergon did let know there is more waste retrieved then seven years ago when PSV also became the Dutch football champion.

Also the stage at Stadhuisplein on which PSV was honoured by the Mayor yesterday was broken down.