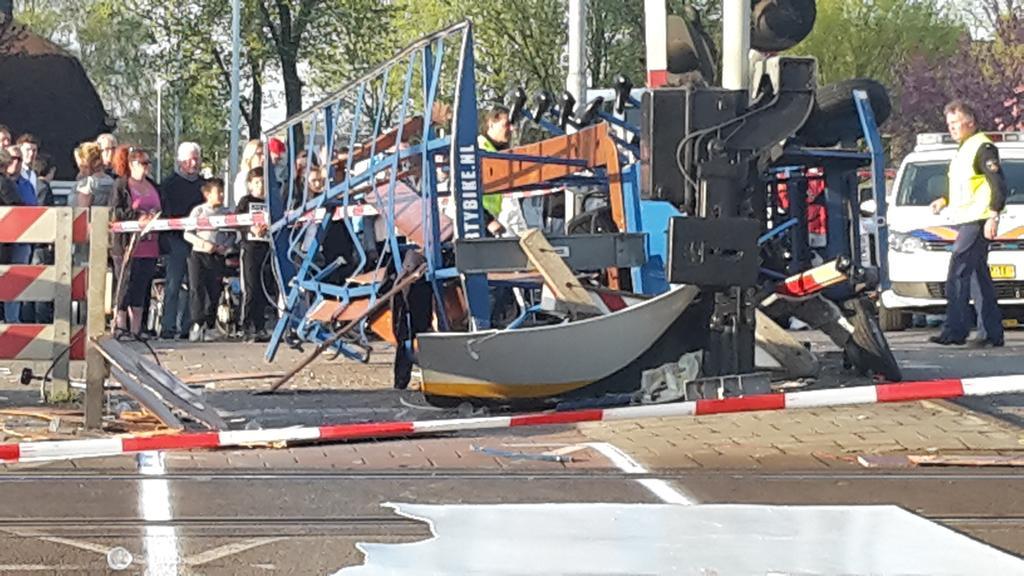 Local residents close to the railway track in Tongelre think the beer bike (‘bierfiets’) should be banned. They say it is far too dangerous.

People responded very emotional on the accident that occurred in front of them yesterday. The beer bike with the championship-team of EMK football club Nuenen got stuck on the track in Tongelre, just as a train was hurtling past.

Almost all team members were able to jump of the bike just in time. But striker Ruud Bijsterveld couldn’t make it. He was seized by the train.

Not only local residents responded horrified, also Eindhoven politicians replied with consternation on the accident. They feel deep sympathy for the family and all affected, says Linda Hofman of CDA (Christian democrats) and Mieke Verhees of the PvdA (labour party).

Both find it too early to take measures against the beer bike, but they think it needs to be looked at carefully. There are no rules, says Hofman. She doesn’t want to go as far as in Amsterdam, where in parts of the city the beer bike is banned. This is also the idea of Tjerk Langman of LPF Eindhoven. He firstly likes to await the research.