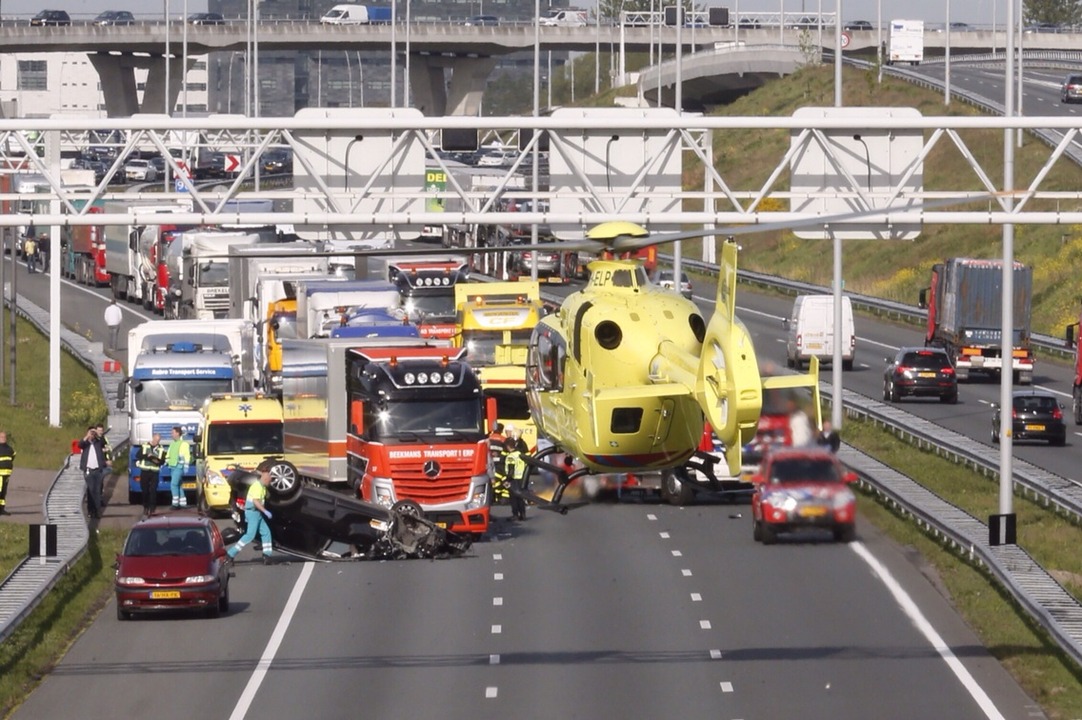 This morning a serious accident on the A2 caused one fatality. Also three people were injured. They are taken to the hospital. The accident occurred at the height of the High Tech Campus.

The accident happened around quarter to nine this morning. There were one truck and two cars involved. One of the passenger cars rolled over and was badly damaged. A trauma helicopter was called to the scene to provide assistance.

The road is completely closed. People who are behind the accident in the traffic jam are stuck. The police is leading the traffic along the location of the accident. After that the investigation will start on how the accident could have happened. According to the spokesman of the police this will still take "several hours".

The parallel road N2 is still open. It is recommended that road traffic in the direction of Maastricht uses the N2.