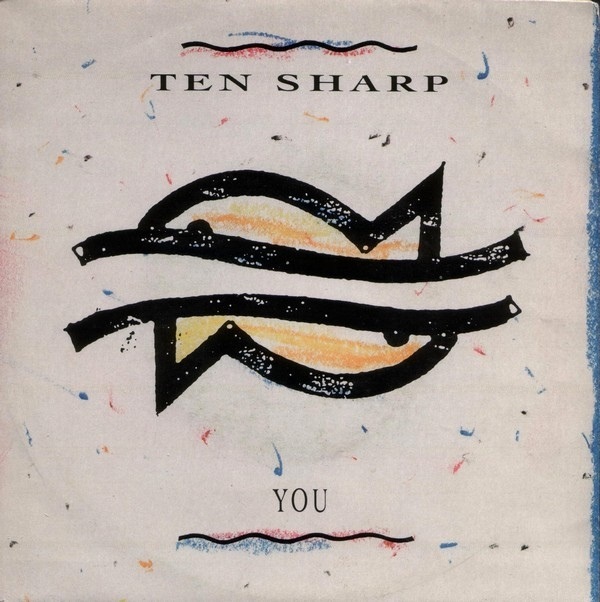 A couple of months ago I was looking for Dutch acts that had a no. 1 hit abroad. Most Dutch people seem to think Radar Love of Golden Earring did very well in the foreign. Although it was a huge hit in the States and it still is a staple of classic radio rock over there, its highest position in the charts was a meagre 13th place.

When it comes to Dutch acts reaching no. 1 in America, there are three: Shocking Blue, Stars On 45 (a mostly forgotten studio act in which all sorts of sixties classic songs were mixed into a medley) and Afrojack.

The most annoying thing is, when I was finished (and I will keep it in the middle for what purpose I was doing the research), I forgot one of the few Dutch acts that had a no. 1 hit in a foreign country in the nineties. Yup, we had 2 Unlimited, they reached the top position of the charts in 35 countries with No Limit, but far less known, and arguably with a far better song is Dutch duo Ten Sharp. Their song reached 3rd position in the Dutch charts, but was a huge hit all over Europe. It reached the top-10 in the UK, Austria, Switzerland, Germany and Ireland. It even topped the charts in Norway, Sweden and France.

And rightly so. ‘You’ is a beautiful song.

Ten Sharp consists of singer Marcel Kapteijn and Niels Hermes. They were playing for seven years when they finally had their big breakthrough in 1991 with the song You. It’s a piano ballad with emotional singing from Kapteijn. Unfortunately it remained their only hit outside of the Netherlands. They did have some minor hits in the Netherlands afterwards, with Rich Man probably being the most well-known. The band was undone by the little success they achieved after You; I remember hearing an interview with one of the band members on the radio, contemplating emigration if the next album wouldn’t do well. I’m sure the next album didn’t do as well as expected, but as far as I know both band members of Ten Sharp still live in the Netherlands. And they still do perform.

Still, it was rather endearing when the song was played in last year’s edition of the Top 2000, the radio DJ read out the response of a listener on the radio. A girl had voted for the song, because it was her dad that had sung it.