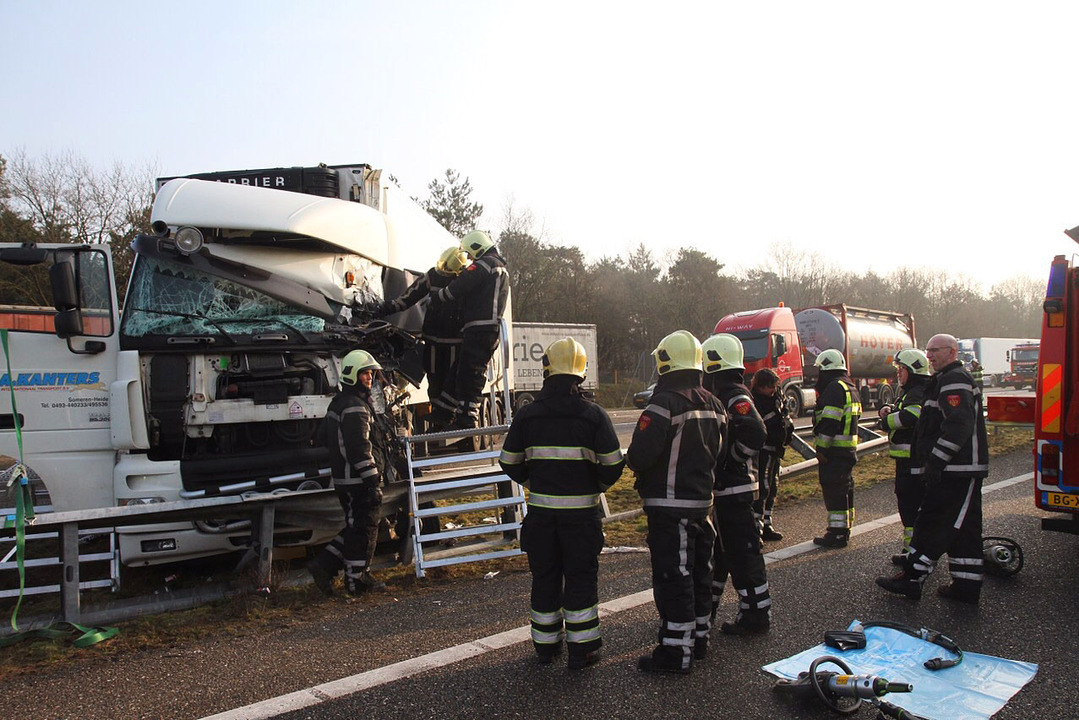 The A67 highway has been closed to traffic, following a number of accidents, this morning. Three accidents occurred on the highway between Eindhoven and Venlo.

The first collision took place when a truck collided against a tanker and was shoved up against the crash barrier, at 08:00 hrs this morning. As a result, the highway was temporarily closed and traffic was forced to use the hard shoulder. The truck driver was badly injured and was taken to hospital by a trauma helicopter.

On the other side of the highway, an accident occurred involving a hydraulic hoist which tried to avoid the traffic jam; unfortunately instead, he ended up at the roadside and as a result, flipped over.

A third accident took place when two cars collided against each other. One of the vehicles landed in the ditch. Luckily, both drivers did not incur any serious injuries.

Traffic between Eindhoven and Venlo will continue to experience problems and delays today due to the accidents. It seems that the A67 highway will remain closed to traffic due to ongoing investigations until the early evening hours.

Furthermore, last month also three accidents occurred in one day on the A67 highway. One of the questions raised then, was whether the A67 should be made broader; i.e., from two to three lanes on each direction.