Home NEWS When you don’t get what you want, you get experience 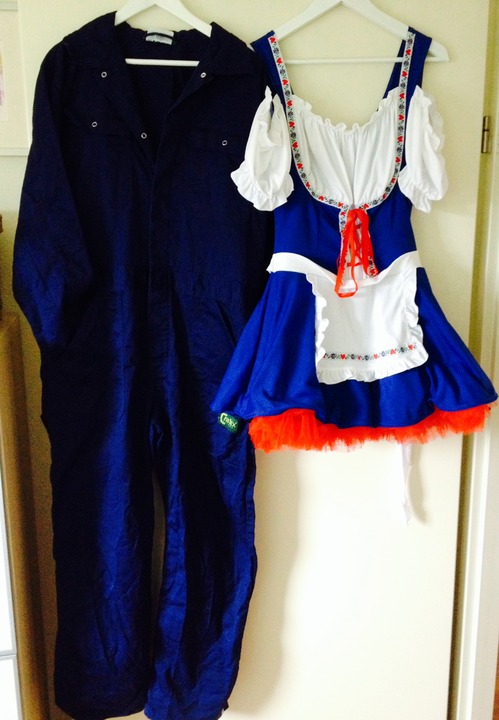 Four months before moving here, I had a terrible headache on average every single day. Preparing for the Dutch ‘Inburgeringsexamen’ (integration exam) under the guidance and help of your partner/spouse should be classified in the group of extreme sports.

As luck would have it, one considerable policy in education in Taiwan is memory training. With my well-trained brain, I passed the exam. It was one of the nail-biting moments in my life while waiting for the announcement.

The real challenge didn’t start until we landed though.

The reality show was on soon after we arrived. All the conversations seemed to be carried on with light speed. I heard nothing but a bunch of bees humming around me. I couldn’t even conduct a two minutes chat with little kids. They looked at me puzzled and walked away as if I came from Mars.

I was slowly, slowly improving with the lukewarm attitude until that one day. It felt like another usual day with routine grocery shopping; I managed to get the key words, ‘zegels’ (stamps) and ‘bonnetje’ (receipt), at the cashier, but I couldn’t decipher the last sentence she threw me in a monotone voice. After two attempts, I decided to try my luck and said, "Ja." She looked at me amused and said, "Ik denk het niet. Laat maar." (I don’t think so. Forget it.) The next second both she and the next customer burst out in laughter.

On my side of the world, I was experiencing a very contradictory moment. The little white angel was cheering, "Good job, Iris. You understood this one. Score!!" And the black angel on my other shoulder was turning red with smoke, "But what she said was in fact very rude. Why do you deserve this?"

The cashier woman gave me a hand gesture when she observed my hesitation, "You are ok to go." So I did. Back at home, I laid out all the Dutch learning materials I have on the desk and couldn’t feel more determined. Now or never!

I switched on my laptop, got on Meetup website, looking for support and companions for my study. After scrolling up and down for a short while, I spotted a group with the longest name I have ever seen.

It is called, "So you fell for a Dutch guy and moved to the Netherlands". Can it get any clearer? I guess not. I signed myself in with a smile in my eyes.

From the stories I have heard from those girls, every couple most likely followed the example of the Dutch king, Willem Alexander and the Queen, Máxima. Legend has it that they first met in Spain in 1999 and again in two weeks in New York where the bud of their relationship quietly grew. I wondered if Prince Alexander invited the gorgeous Máxima to enjoy the night view at the top of the Empire State Building back then, just like the movie, ‘Sleepless in Seattle’.

As you can see, our Dutch partners certainly showed their respect to their king. They probably traveled abroad with one backpack, unexpectedly experienced some romantic adventures, and all came back home with a non-Dutch lover.

No matter which country we are from, I know that we have one thing in common. All of us are hoping that someday we would be able to use "Ja, hoor" and "Nee, hoor" as naturally as the locals. The truth is, we don’t really have an option as IND (Immigration and Naturalization Service) keeps an eye on us as soon as we get ourselves registered in the Netherlands. I personally respect the persistence of the Dutch government and the intention is absolutely fair and down-to-earth: "You marry to a Dutch person; you want to live here; then you have to understand the culture and speak the language."

Just, I recently received a letter from IND. In the letter, it says, "Dear Mrs. Bos Hung, you will have to complete your advanced Dutch language exam by 2017. So far, we haven’t gotten any notification of you passing the exam. Please keep in mind that you need to spend time on this matter and we wish you a happy new year."

Last Carnival I dressed like a Dutch milk girl and my hubby put on a farmer’s overall. Looking at the pictures, I thought of the popular TV program, "Boer Zoekt Vrouw" (farmer looking for wife). Did my husband get inspired by the TV show and then found me on the other side of the planet? Let’s see, he went to Taiwan with three suitcases, and returned to Eindhoven with 44 boxes and a ring on his finger. I would say that we both got experience and a lot more than what we wanted. I hope he agrees with me on this.