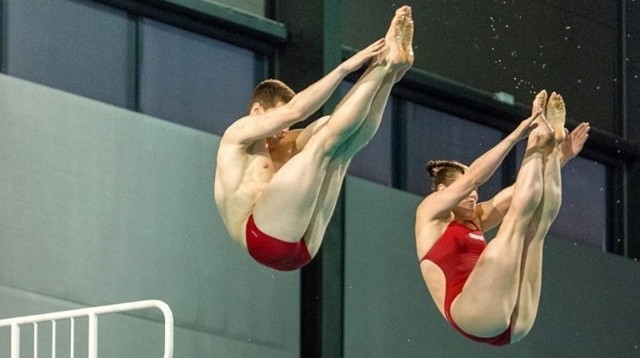 Celine van Duijn won Silver in the 10 metre platform jumps at the Diving Cup in the Pieter van den Hoogenband Swimming stadium in Eindhoven, on Sunday.

The jury assessed the jumps of Van Duijn by over 263 points. It was not enough to keep up with the Hungarian Villo Kormos who came first. Bronze was for the Swedish Isabelle Svantesson.

Van Duijn’s performance was striking. It was her debut to compete on the highest springboard.