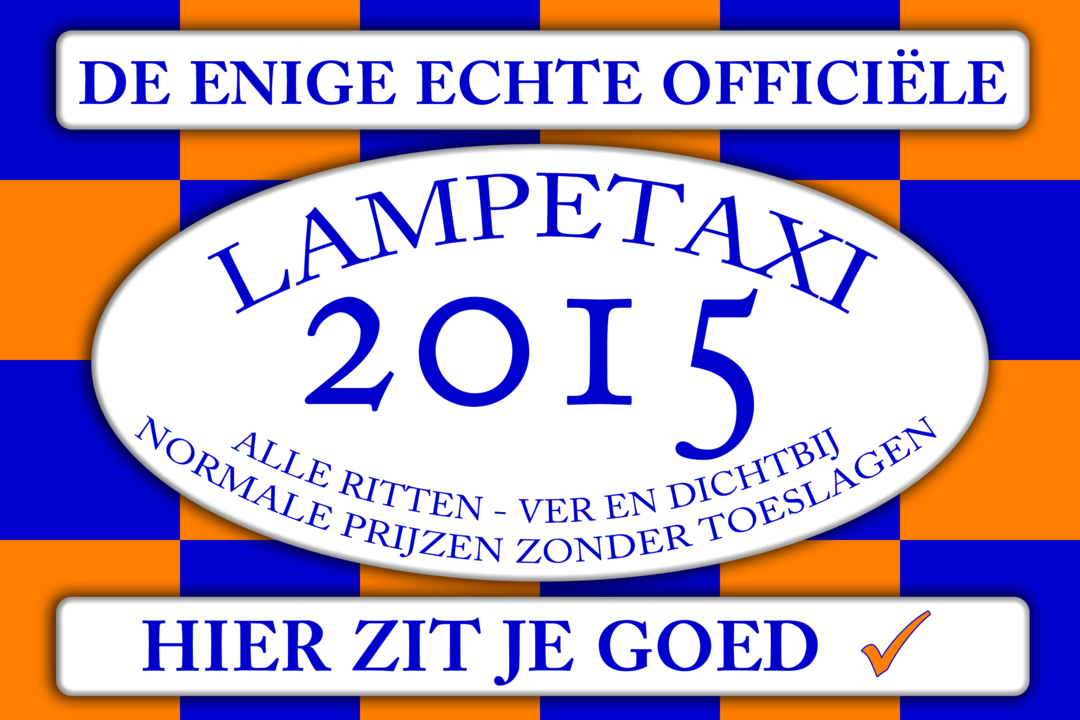 During Carnaval the so-called ‘Lampetaxis’ will be driving through the city again. The Eindhoven taxis are identified by a special sticker on the car.

This action is meant to repress the many illegal taxis coming from the Randstad (west of the Netherlands).
With the stickers the dozens of Eindhoven taxi companies indicate that they offer a safe ride, at a fair price.

During Carnaval, many taxi drivers from the Randstad want to get a piece of the pie during the busy event. They would often make detours, be aggressive and ask crazy taxi fares. The Eindhoven taxi branch likes to counteract these practises.

Earlier this year the municipality already announced extra measures against intimidation and threats of drivers. Customers would be scolded and clients coaxed at the station. To combat that, security cameras were put up and city surveillance keeps an extra eye.