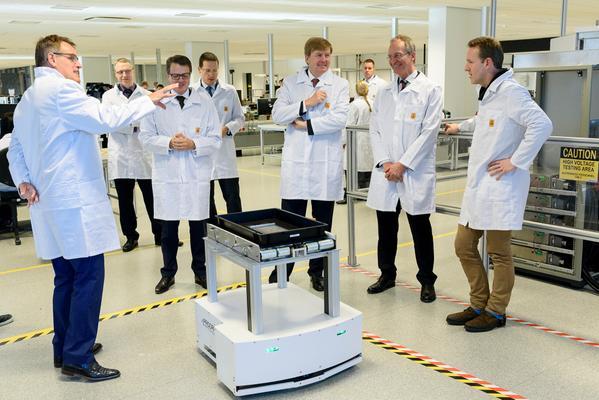 It was an informal visit where a select group was allowed to pitch their idea for the King. He was particularly interested in the ecosystem created for startups by the High Tech Campus about two years ago.

Start-up companies are accompanied by 150 mentors, each have their own specialty. They help companies establish connections with customers and what, for example, can be done better. According to the spokesperson for the High Tech Campus it is difficult to start a business by yourself nowadays, thus making a Startupbootcamp HighTechXL ideal.

The visit of the King took one hour.