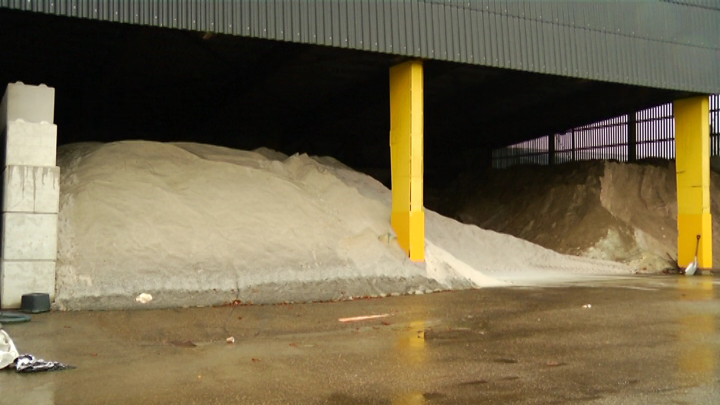 The winter safety service of the Eindhoven Municipality used extra patrols to make ice free paths this morning. According to a spokesman, there the most dangerous situations take place.

"Recently, there have been many water filled puddles, which have frozen over and of course they are very slippery," said Ruud Jacobs of the spraying service. There are now 25 gritters on the bike paths, normally there are 20.

Jacobs: "The spraying is less effective, because cycle tires are too thin for spreading the salt properly." In some cases the "strooidienst" (gritting service) therefore closes paths, stating that cyclists are better off walking this particular stretch.

Between last night and this morning about 100,000 kilograms of salt and grit was sprinkled.
The expectation is that snow showers today will raise the temperature from below freezing. However, tonight the temperatures are expected to go below zero again.