Home NEWS A taste of the real sharing 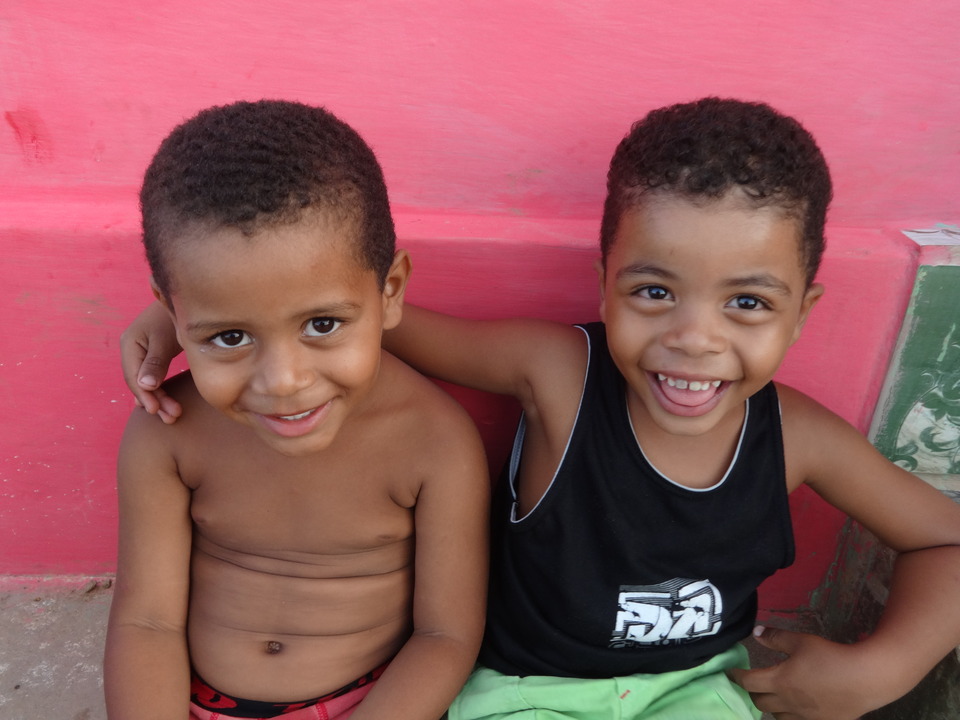 I have been 18 days in Brazil, but much less is needed to trigger that ‘something’ that makes you understand things in a different way. What an experience!

Together with a friend of mine, Francesco de Luca (also known as Telemare), I travelled to Joao Pessoa, Capital of Paraiba, a state in the Northeast of the country. Luis Zadra has welcomed us in his house, before starting our adventure in the communities.

Luis lives in Brazil for 40 years, he left Italy on a ship, like a real sea wolf, to start his journey as a Combonian missionary. About 10 years ago he renounced to his career as priest and, after some time, he married Francimar Fernandes. They founded an association Aacade, which allows them to work and fight together with the Quilombolas Communities of the state of Paraiba. The ‘Quilombolas’ are the descendants of the African slaves who escaped from the latifundium (plantations) during (and also after) the abolition of slavery in Brazil (1888). Generally they are small groups, mostly black people, who live at the margin of society, discriminated for their skin color and almost always abandoned by the political power. Luis works with 38 communities in a territory slightly bigger than the Netherlands (and at the same time one of the smallest states in Brazil). Together with Francimar and Alberto Banal, who, since 2004, is part of the association, he is helping a lot, especially concerning communication and raising public engagement.

Apart from guiding the Quilombolas communities in the process of self-awareness of their reality, history and rights – which were guaranteed by the new constitution in 1988 – they also help to connect them with public institutions in order to let the "designed" social politics do the job effectively. They are also giving them concrete help, teaching them how to create a biological vegetable garden, to cut and sow, to breed barnyard animals, while giving other training courses to women. And these processes are greatly enhanced through microcredit. And because the hustle these communities are facing is not only poverty, but also racism (towards black people it is still very rooted at all levels, although often disguised), they are also doing a great job of increasing self-esteem and Quilmbolas pride among them. ‘Orgulho de sera Quilombola’ (proud to be a Quilombola). But for us it has not been an experience of facts, it has been an experience of feelings. What an energy, with those big smiles, what a happiness! That was a really big thing!

Francesco and I spent some time in two rural Quilombolas communities, the one of Matão, with about 150 people and the one of Pedra d’Agua, of around 500. Our adventure has been truly amazing, thanks also to the fact that we were there officially as Breakdance ‘Professores’. Dancing is a universal language, but in Brazil it is not just that, I believe it allows you to go straight to people’s hearts. It doesn’t matter the level of your Portuguese (which was adequate I should say) or where you come from. I will not spend many words to describe the energy that we found, the beautiful Brazilian girls, the Capoeira, the Samba, or the Forro, the saudade, the delicious food, the ease of interaction, the profound exchange and mutual learning we have gone through in such a short experience, I will not even discuss the history of racisms, poverty, or the cute but sometimes dangerous shyness.

Communities! Some people who used to live in rural communities maybe some time ago, might know what sense of community I would like to describe, and I am not sure I can. Over there people really need each other, and they help each other, of course, it is natural to do so! With the raising feeling of belonging to the Quilombolas people and their raising self-awareness, it is possible to see that they are a Community not only from the way they act, but also from the way they think, although still a lot of work is needed. Nevertheless, I believe they are ahead of ‘us’ in the level of, let’s call it that way, ‘genuine social dynamics’ (I am an engineer, I have to use ugly terms). It is harsh to consider that we need the internet and online-platforms to start acting like humans again. We all know that our nature is to share, help and contribute to other’s growth, success, but… I guess no rhetoric needed.

Thanks to today’s growing world of the so called ‘sharing-economy’ these fundamental human behaviors are very slowly returning back to our ‘advanced’ society (may the reader have the pragmatism to understand my generalizations). One big difference that may exist between ‘us’ and the ‘poor’, who have not been ‘contaminated’ by the tricky life of urban environments (which discloses contrast and brings crimes) might be the ‘why’. Why do they help each other, share, and are happy, simple and full of energy?

Why ‘we’ don’t? I think it is because they not even dare to think about an answer to the question, it is not necessary for them.

And it`s is not that bad to be again the urban Eindhoven, it`s good to be back to work and make things happen!
Obrigado Brazil, atè a proxima.