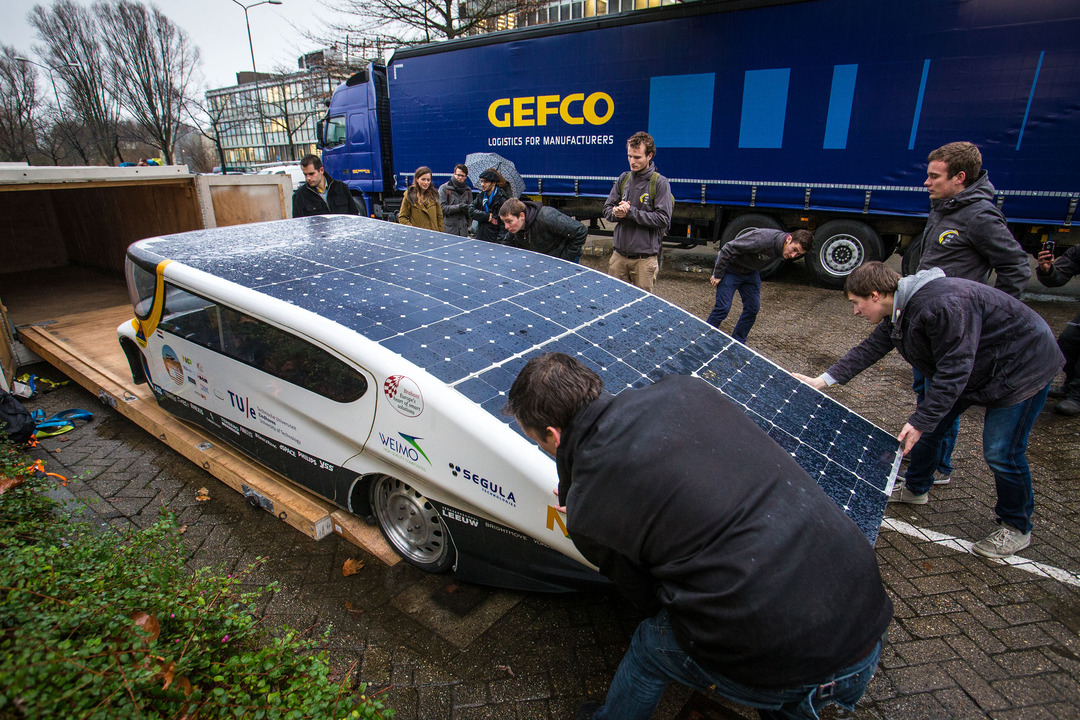 The first TU/e car operating on Solar energy, the family car, Stella, is nominated for a ‘Crunchie’. The ‘Crunchie’ is an international award, which is considered as ‘the Oscar award for technology’.

According to ‘Cursor’, the news site for the Eindhoven University of Technology, (TU/e), Stella participates in the Best Technology Achievement segment. Stella’s competitors are projects initiated by Apple, SpaceX, Bitcoin and the European Space Agency.

The Crunchies Awards are given out annually by TechCrunch and VentureBeat, which are two big international technology websites.

The Stella team is highly surprised by the nomination, since they are a team of students competing against big companies.

The winner will be the candidate that will manage to get most votes online. The team will start distributing flyers in the campus in order to create awareness for the online voting process. Furthermore, in order to make it easier for potential voters, the team members have already created a special Dutch website and an English website called (stemopstella.nl and votestella.com). These sites also contain brief information about Stella for the ones still in doubt. Everyone can vote once a day until 27 January.

The awards will be given out in Silicon Valley, San Francisco on 5 February.