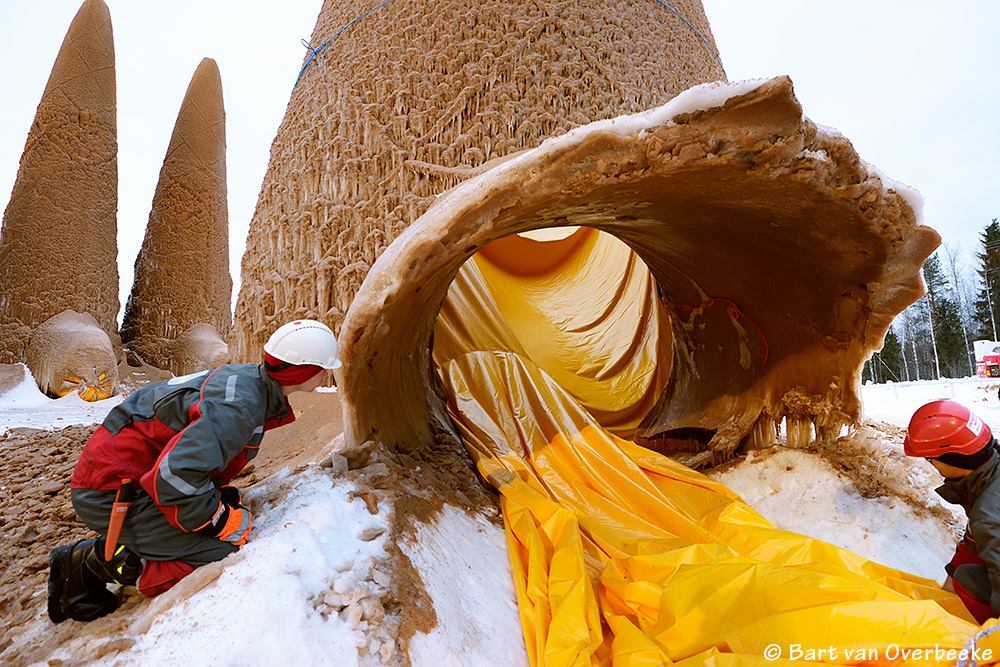 The team of the TU/e which is building a Sagrada Familia in ice works in Finland, has had a setback on Saturday. One of the big balloons where the ice is sprayed on, just snapped. This reports the team on Twitter.

Probably the balloon broke by the high winds. Meanwhile, the team started the repair work. How much delay will incure is unclear.

TU/e students are building the most famous structure in Barcelona, the Sagrada Familia, in a special kind of ice. The different towers from the well-known cathedral are now formed by the use of huge inflated balloons. On the balloons a mix of ice with wood fibres, Pykrete, is sprayed onto it.

The team has already had some problems since their arrival in Finland. The weather did not cooperate, it was too warm initially. Then it started freezing so hard the materials of the students froze.

The deadline for the project is next week Saturday, 24 January.