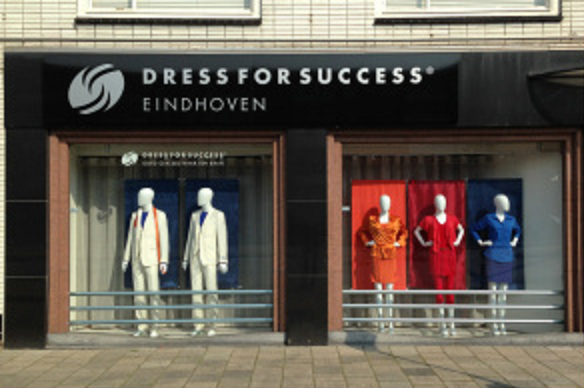 The Eindhoven-based ‘Dress for Success’

Yesterday, Coordinator Bertine Oudesluijs, like all representatives of the other projects from Region South, pitched her initiative: ‘providing people who have little money with the right clothes for a job interview for free’.

"It was a really nice day", says Oudesluijs. "We had five minutes to present our project as good as possible. We were told that whoever would stick to the time best would receive the Oranje Fund clock. And we managed! On top of that, all 40 participants were given 2500 euro to take home. A very nice unexpected extra," Oudesluijs responds enthusiastically.

Due to the nomination and media attention more people became aware of the project. "We do get a lot more clothes donations. People are excited to help us and that’s a very good side-effect of the Appeltje van Oranje," says Oudesluijs.

Dress for Success is now one of the final ten candidates who have the chance to win 15,000 euro and the bronze apple. Whether they are one of the last three, will be announced in April. If so, they’ll be allowed to come to Noordeinde Palace to receive the Appeltje van Oranje of her Majesty Queen Máxima, patron of the Oranje Fund.