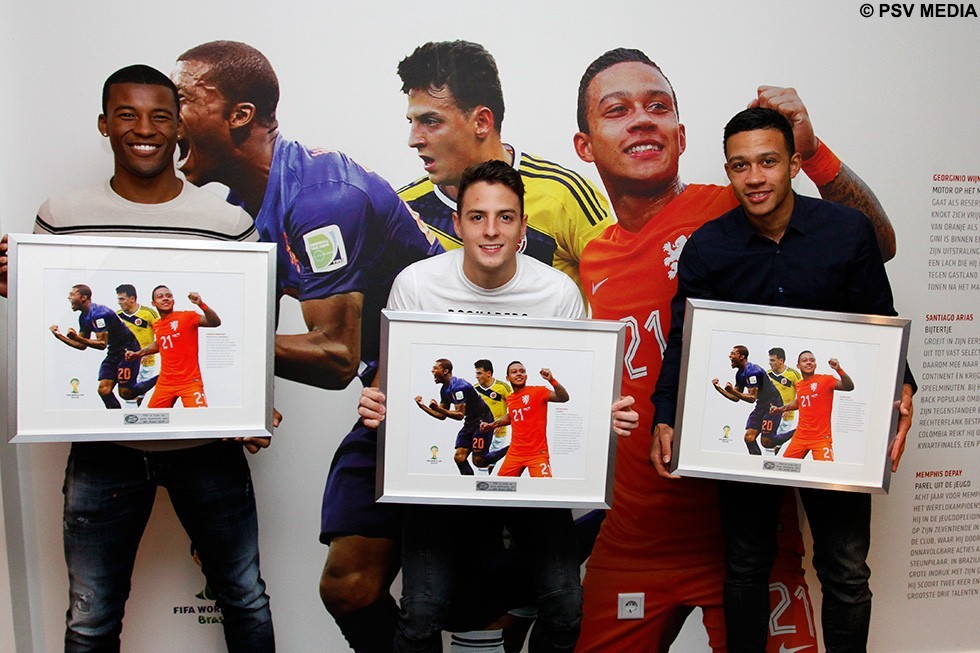 Georginio Wijnaldum, Memphis Depay and Santiago Arias received a tribute at the PSV stadium, for their memorable performances during the World Cup in Brazil.

An image of them has been given pride of place on the wall of the entrance to the stadium. The three footballers unveiled the wall in person.

Depay and Wijnaldum were, along with the Dutch team, third in the competition.. Arias made it to Colombia in the quarter-finals. The club thinks it was a super performance by the players, and therefore wanted to create a lasting memory.

Depay, Wijnaldum and Arias said they are very honoured to be immortalized on the wall in the stadium.