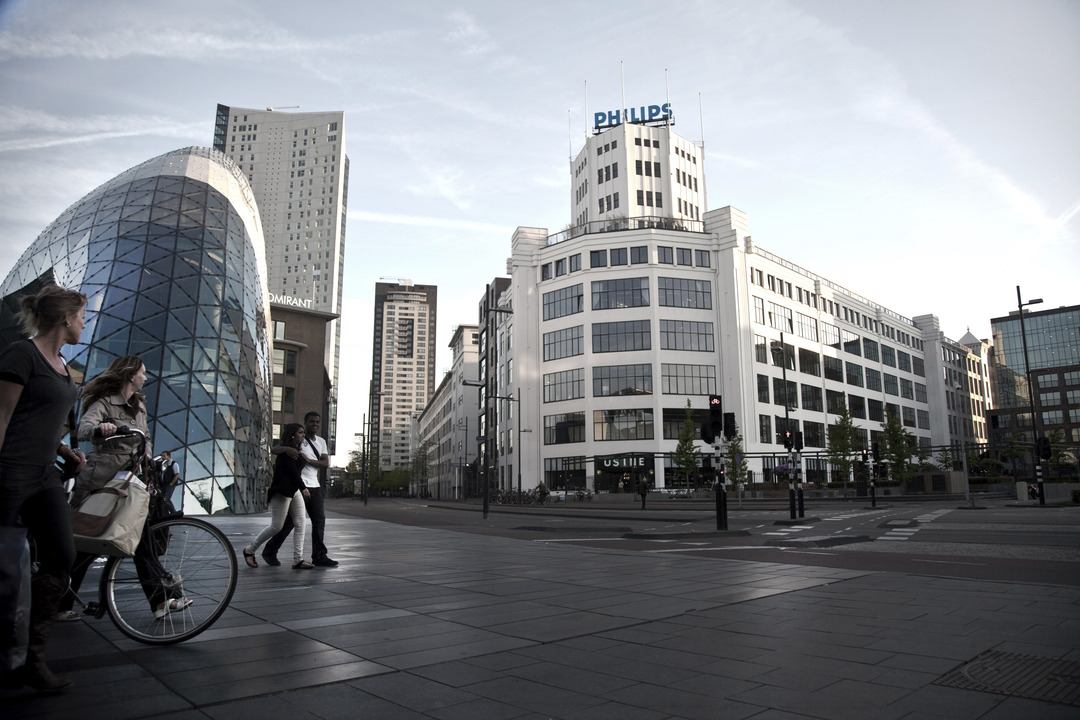 It seems whether you Iris have been living here for 11 months (that is you) or 11 years, (that’s me), there will always be times we are more than happy to hold up a tray to offer oolong tea, because it is a ritual you are familiar with. I can understand why you enjoy it, and why you would get people, the Dutch, to take a sip of this soothing herbal tea whilst you in your silk Taiwanese costume politely smile next to the bargaining fish mongers.

One day, you will dig up this photograph and proudly show this to your grandchildren; Oma Iris, the Taiwanese bride and her oolong tea. By then, I wonder what Eindhoven might look like.

From the time I first lived here (in 2003), so much has changed. The "once" foreigners in this land have learned to integrate. We learn a bit of the language till the tipping point of understanding what Paul de Leeuw finds so hilarious. We learn that a bike is the faster form of transport versus a vehicle when travelling a distance of 5 kilometres at rush hour. We get accustomed to three Dutch kisses and cause confusion when we greet people of other kissing habits that do just one, or two, or none at all. And, as far as I can see, as long as there is an effort to trying to integrate, there is a reciprocal respect and understanding from the people in our new adoptive country. To disclaim, I know many will disagree with me, but within reasonable measure the Netherlands has been a challenge to live in because it is comfortable, safe, convenient (at times), organised, but still so different from what I am used to.

The growth and gains in leaps and bounds in the last 10 years despite the recent economic crisis, says a lot about Eindhoven and the cities around it. The surge of new technologies, designs and intelligence tells, the Dutch have a lot to do with the latest trends in technology development in the world. But the Dutch are smarter than just to take this all on their own. They call on their counterparts in the world to fill the tasks that are better executed by someone from another part of Europe, Asia, the Americas, or far South, Australia and New Zeeland.

Eindhoven seems to be a springboard for new ideas, new concepts in technology and design, the sciences, the arts. Take the Dutch Design Week. The DDW hosts the celebration of creative thinking, developing, and moving forward. Yet a strong sense of holding on to original monuments, buildings, and residential aesthetics, restoring what matters is thriving. There is a feeling of pride when you walk through the Philips Lichttoren. It’s high ceilings, and once again, vast and wide windows, and exposed utilitarian pipes which show nothing but charm and a lighting company that fed a thousand families. The stories and life and times of wars, of an Eindhoven almost wiped out.

I admire the city I live in, and what has become of it. Malleable but stubborn, forward-looking but retrospective, traditional but quite trendy, nonchalant but compassionate.

Migration into Dutch soil is an attractive option for the job-seeker or career-builder. Now there is a sea of talent, and inevitably they, together with their partners, have changed the flavours and brought poppadums and sushi to the regular supermarket.

I am Filipino, and I can spot a fellow-Filipino in the street even if they have lived here for thirty years, as they would spot me just as easily. In the company of Dutch, and I am probably more critical of it than anybody else here, I still feel different and at times, awkward. But, very importantly, I feel I am welcome here. It is a place where I belong. And I enjoy a good ‘erwtensoep’ as much as they might enjoy my ‘kare-kare’, a beef stew in peanut sauce, traditional in family celebrations where I am from.

It is a give and take, and this corner of the world seems far away from all the destruction, the hatred and wars. The wars aired on our television flat screens. It was the same greedy, self-righteous war that wiped out most of Eindhoven in one single strike, only to build it up again with the same enduring force, and better. Eindhoven is churning. It is yearning to outdo itself, attributed by their humility to collaborate, to exchange, to welcome.