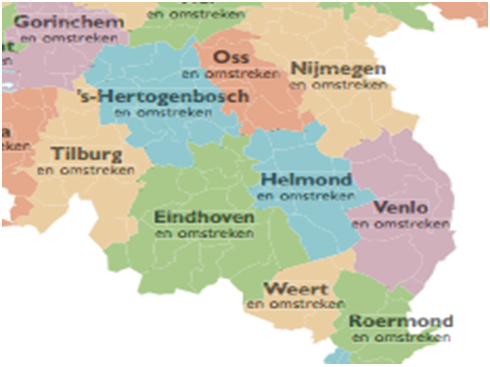 In the South the new municipality would reach to the border of Belgium; the villages of Luyksgestel, Budel and Reusel would be included. In the North the mega city would reach up to Eerde. In the width the borders would be marked by Someren in the East and Middelbeers in the West.

The new municipality should have almost 600,000 inhabitants. This would be the sixth municipality of the Netherlands.