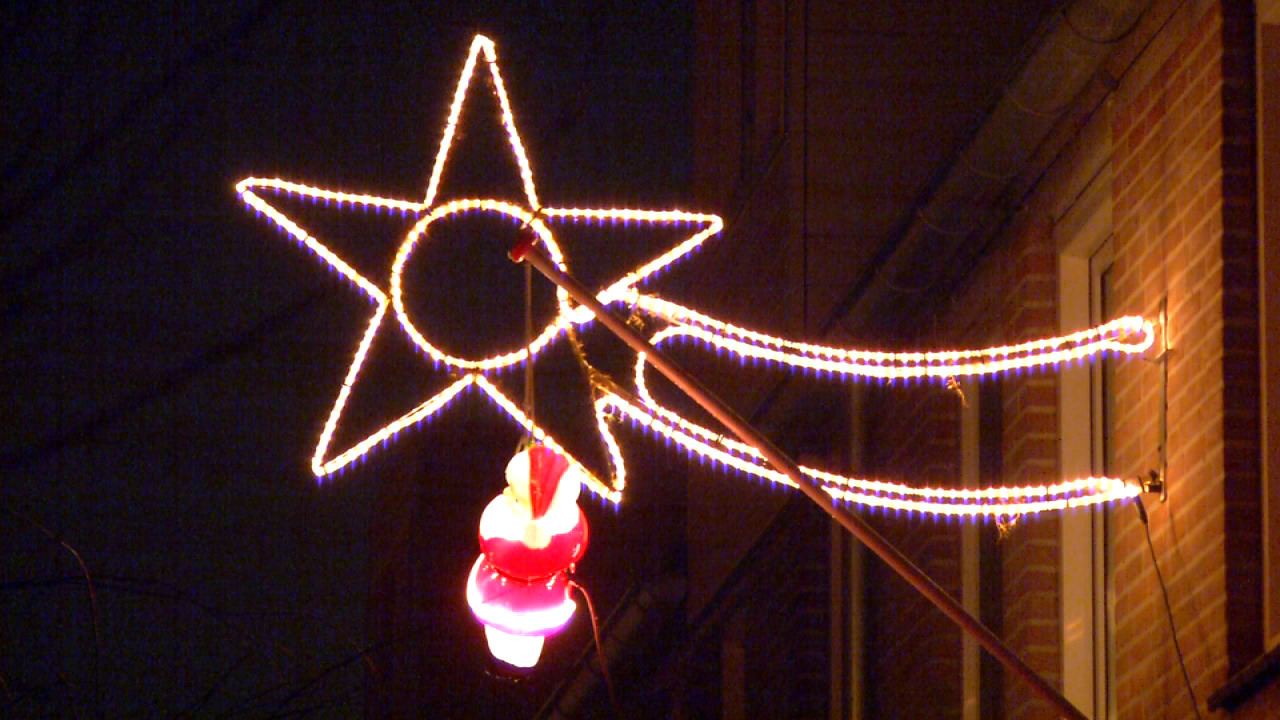 Over 850 meter of cable and 35000 lights; for six years the house of Henk Visser set the stage for a great light show during the Christmas season.

Scaffolding tubes, walls, roofs and his fence are completely full of LED lights in different colors. Twice a night the lights are lit for 15 minutes. People from near and far come to see this spectacle.

Visser is lucky that his neighbours don’t mind. They also enjoy the Christmas atmosphere in the dark evening hours. Since the first show the rating has been high, especially around Christmas hundreds of spectators come watching. As a token of appreciation people donate money for the Ronald McDonald House.

What Visser is going to do next year is still a secret. His shows can be seen until January 1st 2015.