Home NEWS ‘Turn on the lights’ at the Bijenkorf 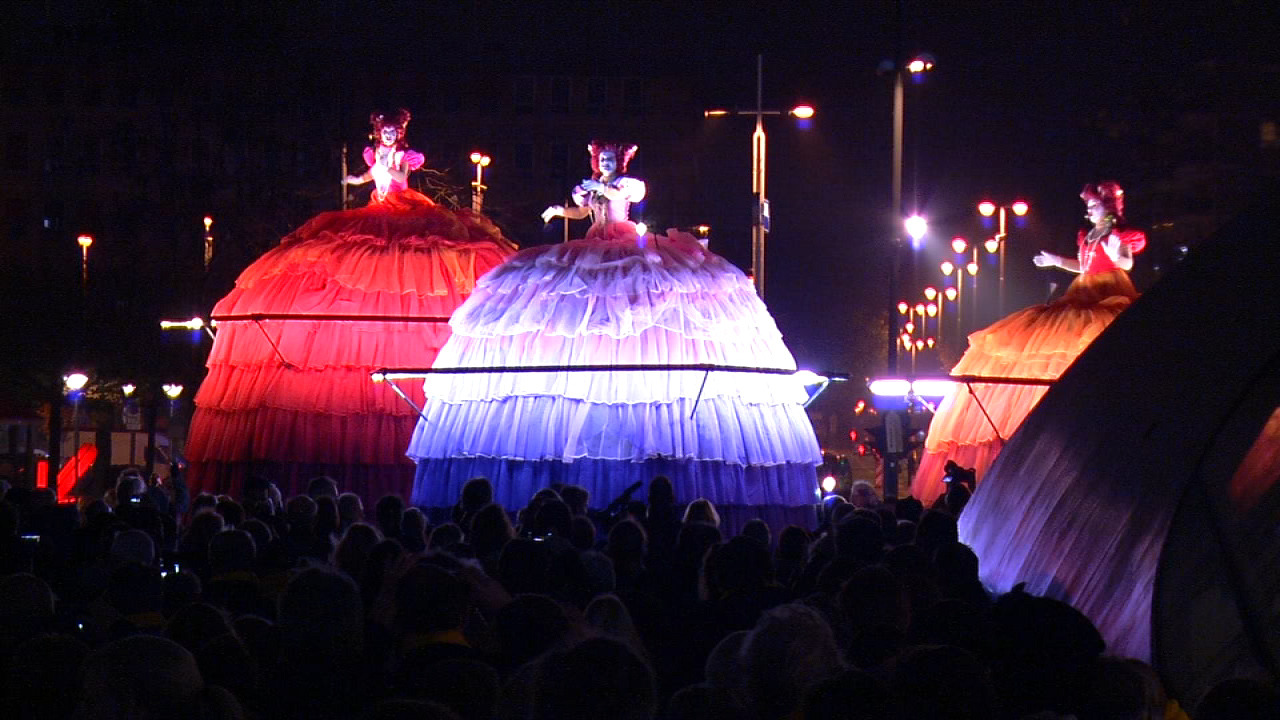 Hundreds of people turned up for the light show ‘Turn on the lights’ near the Bijenkorf in Eindhoven last Thursday night. As many as 85,000 lights were lit to kick off the festive season.

The French theater company Transe Express gave a performance of their show ‘Divas’ at the 18 Septemberplein. Mayor Rob van Gijzel counted down to the moment the lights were switched on and a festive and noisy fireworks display started.

The lights were not only switched on in Eindhoven, but also in Amsterdam, Rotterdam, The Hague and Maastricht. ‘Turn on the lights’ was initiated in Amsterdam seven years ago and has developed from a small festival to a big event in the Netherlands.