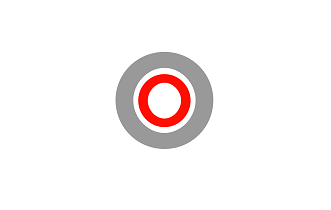 Yesterday was the opening of the Van Gogh-Van Roosegaarde cycle path in Eindhoven. It is the first light-emitting cycle trail in the world.

If you say cooperation between art and technology, you say Eindhoven. This time it was the challenging cooperation between the artist Daan van Roosegaarde and the construction company Heijmans who, together, created the poetic but functional bicycle path inspired by Van Gogh’s work.

The newly surfaced path between Eindhoven and Nuenen, from the ‘Opwettense watermolen (watermill) and the ‘Collse watermolen’ forms part of the Van Gogh’s cycle route that connects all the heritage locations in Brabant.

Van Roosegaarde, being creative and boundaryless, and the Brabant road and building construction company Heijmans, being pragmatic and practical, had to get married on this project. They both admit that the whole process pulled them out of their comfort zone on various occasions. But as Van Roosegaarde says: "We both had a similar passion, which is to build something, and it took guts and braveness to realise this project".

Managing Director of Heijmans Technology, Joziene van de Linde, explained: "Because of the crisis we had to look into new ways of working. Cooperating with new, unconventional partners is a very good option for us. They bring new skills and inspiration. In our new environment, the perception of infrastructure and public space is changing, so we need to change as well."

The surface of the Van Gogh-Roosegaarde Bicycle Path is coated with a special paint that uses energy gathered during the day to glow after dark. It is the second materialization of the Van Roosegaarde en Heijmans cooperation. Earlier this month, the ‘Smart Highway with Glowing Lines’ was opened in Oss. The Technical Director of Heijmans added: we have been receiving questions from other European countries who are interested to use this technology as well.

With the opening of this cycle path the ‘Van Gogh year 2015’ is highlighted. Spread over various locations in Europe, there are special events planned to commemorate the 125 years after the death of the world famous painter Van Gogh (1853-1890). The Van Gogh Europe Foundation is seizing the opportunity to honour the Dutch artist with a splendid programme: fascinating exhibitions, theatre productions and more art events. Mayor Van Gijzel who pressed the button for the opening also remarked that the famous Van Gogh is as well-known as a superstar in Nanjing.

Go to this link for more info on the Van Gogh year.