Home NEWS Some are for you, some are not 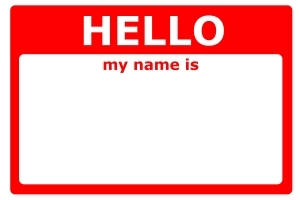 You pass people in the street, some are for you, some are not. But if you are not brave enough to talk to a stranger how do you know if they will become anything more than a stranger?

Ten years ago if you were asked what an helicopter pilot, a sniper, a graphic designer and an engineer were doing in the same car, you had to come up with really creative answers. And if you were told that they did not know each other, you had to be formidably creative to come up with a credible explanation. Today the majority of the interviewees would be able to answer the question, or at least give a plausible reason for the weird combination.

That engineer was me, and I used BlaBlaCar, a carpooling website, because I needed to go from Rome to Milan. The driver was Luca, a soldier who was studying to become a helicopter pilot. Marco, a veteran sniper with several operative missions in places such as Lebanon, Afghanistan and Kosovo, was occupying the passenger seat and on the back there were me and Alice, a graphic designer. We had really interesting chats and in couple of occasions, for example when the militaries setting in the front were sharing advice on how to carry the infrared sensor or on how to camouflage themselves using ferns, me and Alice were looking in each other’s eyes, recognizing how peculiar the situations was.

Stefano can now afford doing a round trip Rome-Milan, which is about 600 km, every weekend. In fact, as a carpooling driver, he has the gas entirely paid by the carpoolers who travel with him. He does not only save on gas and have the opportunity to see his family every week, but he meets and shares rides with tens of strangers every month. He has met a lot of interesting people, laughed with them or argued with them. Sometime he shares a nice experience or gets a new view on life, a few times he just has some boring discussions. Some strangers are for him, some are not.

My first reason to join a car full of strangers was not that I was curious about it, or that I wanted to meet new people. The main reason was that a trip from Rome to Milan by train was quite expensive and so was a flight by plane. I had the necessity to pay less, and I knew that car pooling was an option. I already knew BlaBlaCar from quite some time but I did not have the need to use it until that day. I was not an "early adopter", but after I tried carpooling for the first time I could not wait to use it again! And not only because it was cheaper, but because I was curious to meet new strangers with interesting stories to share who, maybe, would become new friends or, who knows, something else.

We meet strangers every day. But how often do we share something with them, such as a ride, a place to sleep, or simply our time? When you use for the first time a "sharing economy" platform, which "visionaries" have built because of a mix of societal factors, economic factors and technological factors, you will probably meet someone because you have a practical necessity. From the second time on, it is very likely, that you will start feeling part of something and enjoying sharing with strangers or friends, just because it is great to do that. And lately it is happening really often to me, thanks to the community of Timerepublik.

My advice for the day? Go out of the building and find a reason to share anything with a stranger, or maybe you don’t even need a reason for that.

"Most travels, and certainly the rewarding kind, involves depending on the kindness of strangers, putting yourself into the hands of people you don’t know and trusting them with your life." Paul Theroux, Ghost Train to the Eastern Star.