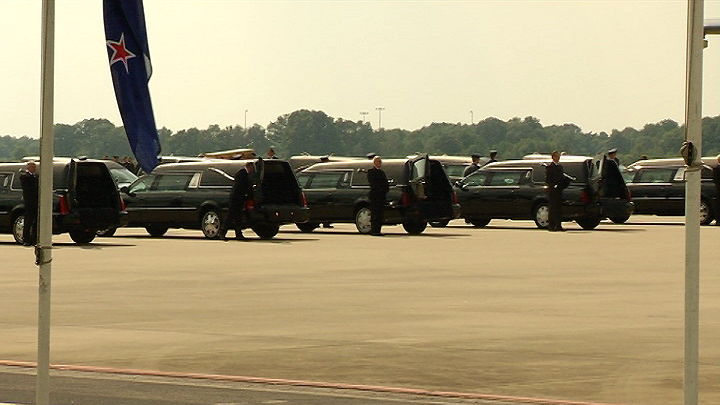 The Eindhoven military airbase is once again expecting a plane carrying remains of the victims of the flight MH17.

A similar ceremony to one held earlier, is expected to receive the airplane carrying the bodies.

The plane is expected to land on Friday at 16:00 hrs. Some of the next of kin will be present at the arrival.

After the arrival in Eindhove the remains of the victims will be brought to the Oudheusden Barracks in Hilversum, accompanied by the police and military police.