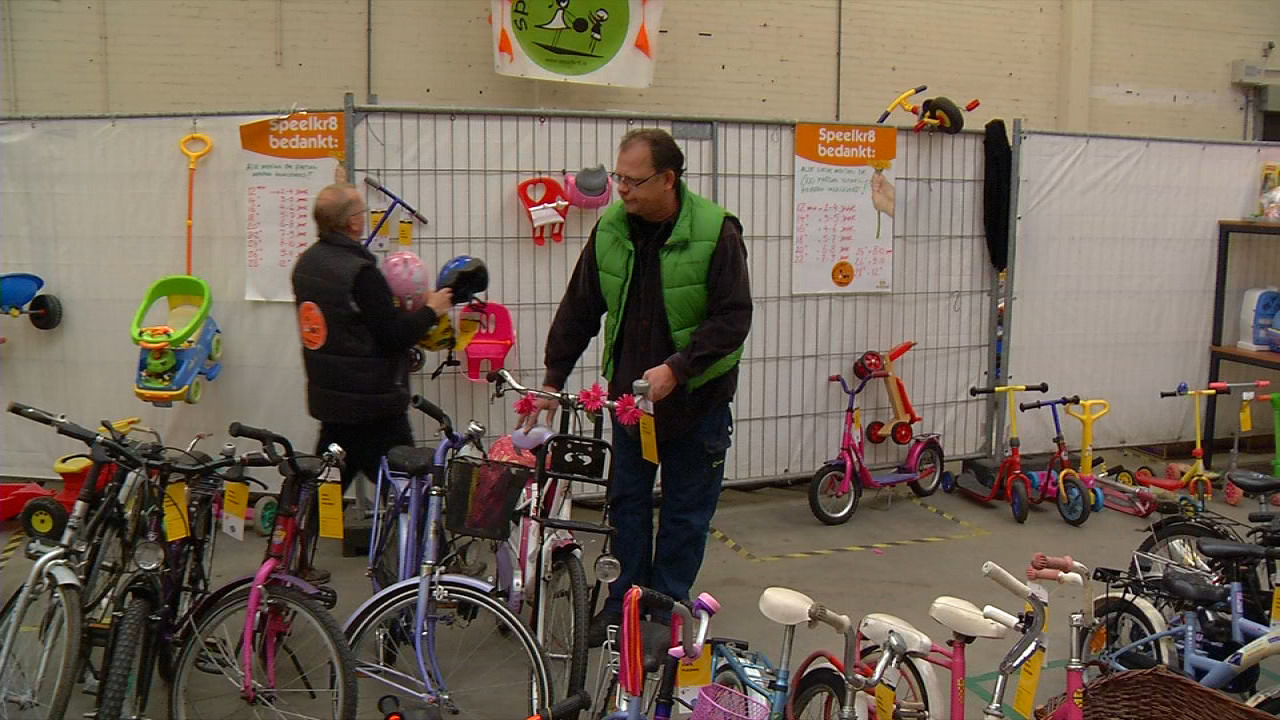 It was busy yesterday at the collection day organised by Stichting Speelkr8 in Eindhoven. Long lines of families on low-incomes formed as people waited to receive toys and bicycles for Sinterklaas.

In total, about 1,800 families applied to be helped and this week, they are all dropping by the Foundation’s warehouse on the Hurksestraat, which is now a ‘shop’ for this week only.

The majority of the families are truly delighted with the donations, but also often find it difficult to ask for this kind of help. ‘You just have to get past that point. But I’m doing it for my child,’ said one woman carrying a large bag with toys.

Despite the many toys, there haven’t been enough bicycles collected. The foundation was hoping to receive 1500 bicycles, but have only received around 800 so far. Because of this, not every family will be given a bicycle after all, but for those people, another solution has been found. They will receive either a buggy and a doll, or a play kitchen, for example.

The foundation will be giving out the toys and bicycles until this coming Friday. After that, they can be wrapped and given as a gift on December 5th.