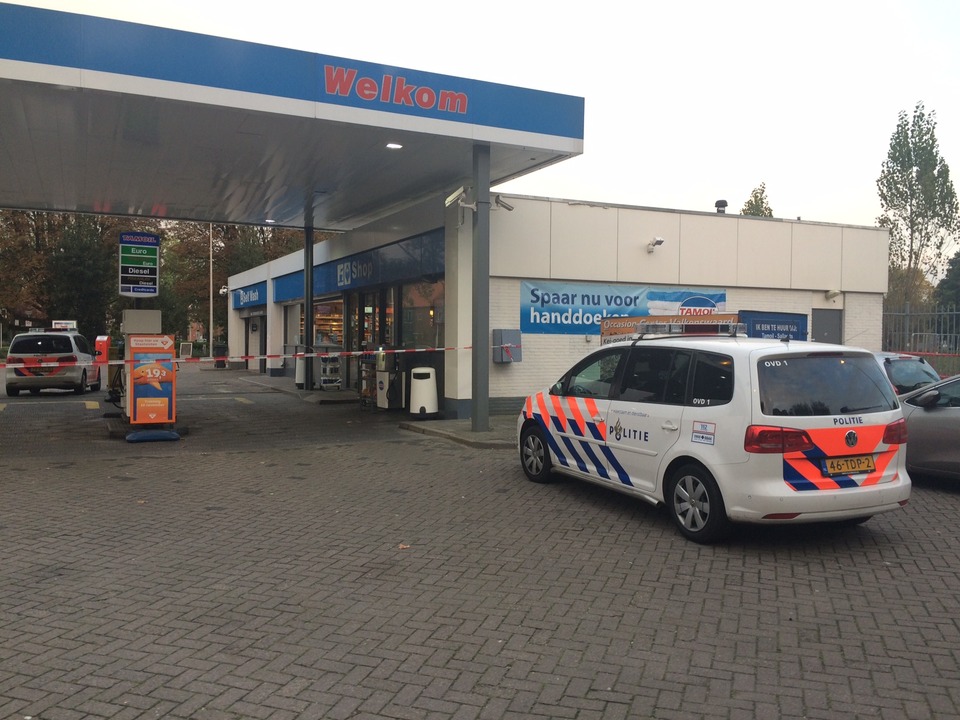 The Tamoil petrol station on the St. Bonifaciuslaan in Eindhoven was held up and robbed by a masked man, armed with a knife, this morning.

In the service station shop the robber threatened two employees with his knife, but he did not harm them. He fled, taking a still unknown amount of money with him.

He ran in the direction of a forest, near the St. Peter Canisiuslaan and Neushoornstraat, but then disappeared from sight.

The culprit is small in stature and he wore a white carnival mask, dark-colored trousers with white piping and a dark-coloured jacket with a hood that was pulled over his head.

The police request witnesses to get in touch with them by calling 0800-7000.