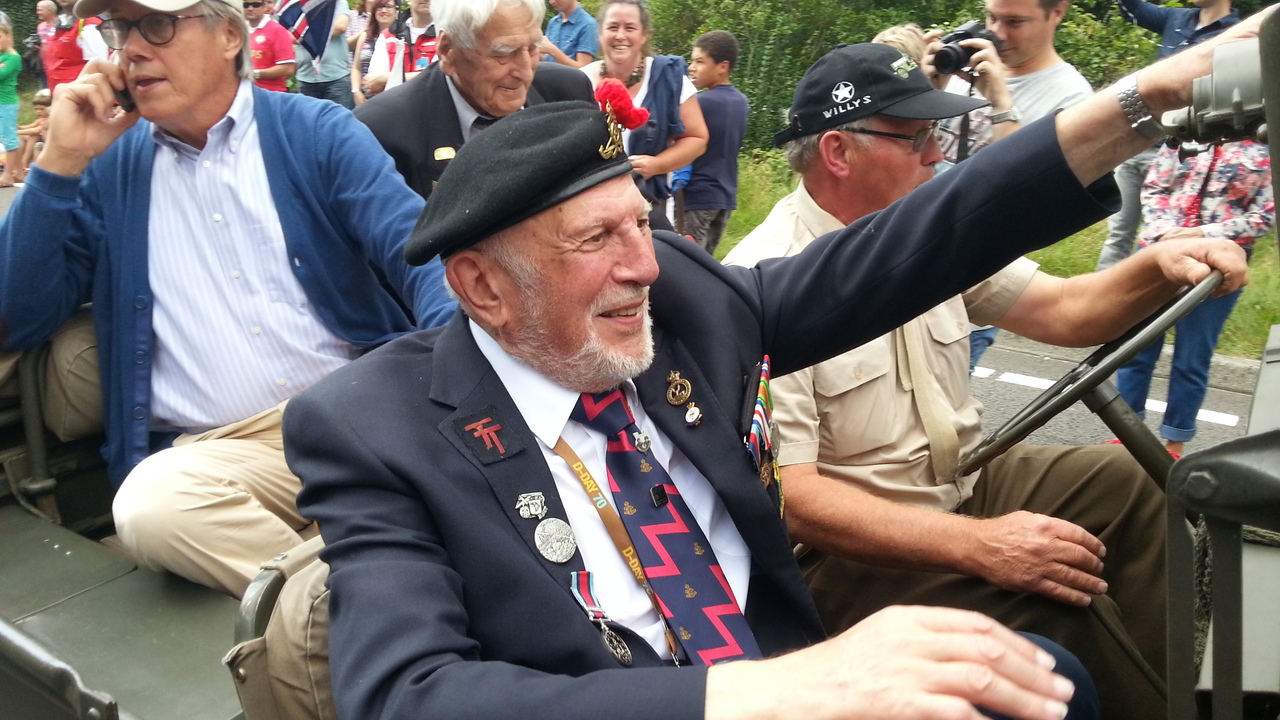 The Eindhoven area relived the liberation of the German occupation in 1944 yesterday. Seventy years ago, the Allied Forces passed through this part of the Netherlands in an operation called Market Garden. A long column of about 400 military vehicles and a few very old veterans were there to celebrate.

They took the same road as in September 1944, going from Valkenswaard to Son en Breugel. A small group of veterans that participated in that operation were there again yesterday.
Many roads in Eindhoven were closed and traffic was rerouted. At other locations, activities were organized, such as a marching band festival.

Tens of thousands of people cheered the veterans during the commemoration.

For more information on Operation Market Garden, read the series of 7 articles published in the ‘Opinion’ section of our site.