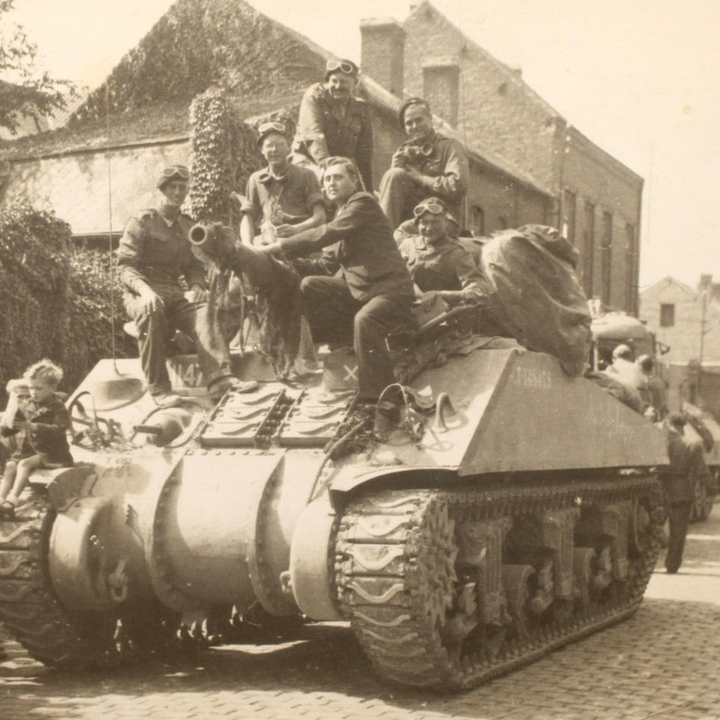 After the war, Denys Hunter became a very successful self-employed Commercial Artist, Joe Cattini became a Meter Mechanic, then Test Engineer and finally Office Manager for London Electricity Board, retiring after an impressive 45 years of service. Michael I. Dickson opened a very successful Pork Butchers business in the North East of England – based in South Shields with 23 shops, it is now celebrating its 60th anniversary.

Joe Cattini and Denys Hunter are attending the 70th Anniversary Events in Eindhoven, as guests of ‘Stichting 18 September’. The Liberation has been commemorated each year since 1945, the emphasis being on thanking the veterans who contributed to the freedom of Holland. A Liberation Torch will be brought by cyclists and runners from Bayeux in Normandy, it will follow much the same route that the Allies used in 1944, culminating in a torch lit procession to the Town Hall Square where the veterans and guests will be received. Joe and Denys have been invited to stay on in the city after the close of ceremonies. Later, the visiting veterans will be presented to 35,000 football fans as VIP’s in the Eindhoven football stadium.

In the picture: Denys Hunter sitting on the turret of X Tank 1944

End of story.
With special thanks to Dorothy who wrote this for Eindhoven News.

Have a look at Eindhoven News at Facebook for more original photographs.