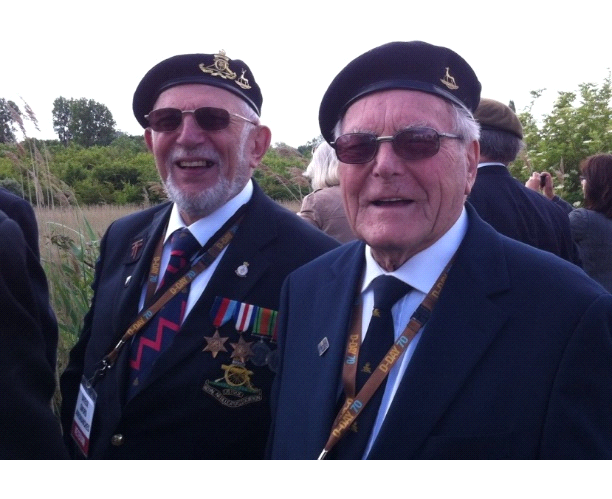 Some more background:
86th Hertfordshire Yeomanry Field Regt R.A. equipped with Sexton 25pdr Self Propelled Guns, served in NW Europe from D-Day 6th June 1944, commencing at first light with the ‘Run-In-Shoot’ firing from the sea on LCT’s during Operation Neptune which involved firing on selected targets on the enemy coastline – then landing during the Assault Phase on Gold Beach.

The regiment then moved to the British sector in Germany, near Verden, to take up duties of an occupation force and to deal with displaced people (notably the Camp at Winsen an der Aller housing survivors of Bergen-Belsen) until the regiment was disbanded in the autumn of 1945.

Before Japan surrendered the Regiment was told they would fly to America, receive new Self Propelled Guns and would participate in the invasion of Japan.