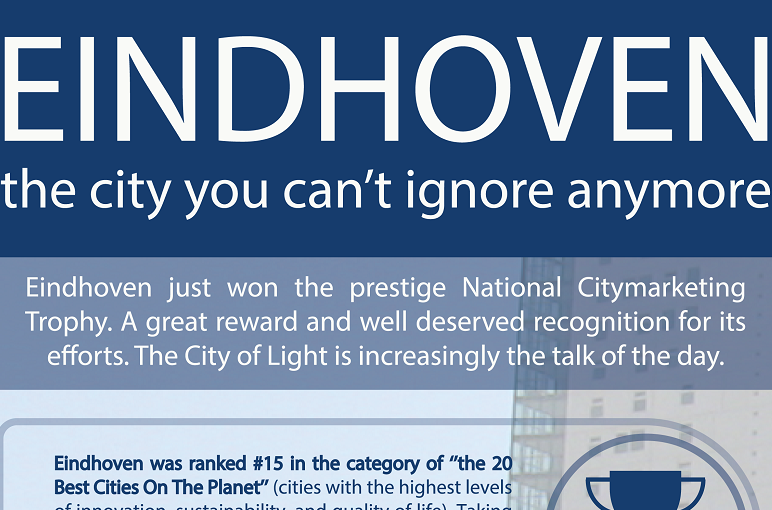 There are more people besides our Eindhoven News team who are very enthusiastic about Eindhoven. An expat housing company from Eindhoven created an infographic.

Because Eindhoven has been in the news a lot lately, one of the expat housing companies from Eindhoven called Stoit Groep created an infographic which summarizes all nominations and trophies Eindhoven received lately. From one of the best cities on the planet to one of the most inventive cities.

Here you can have a look at the infograph.