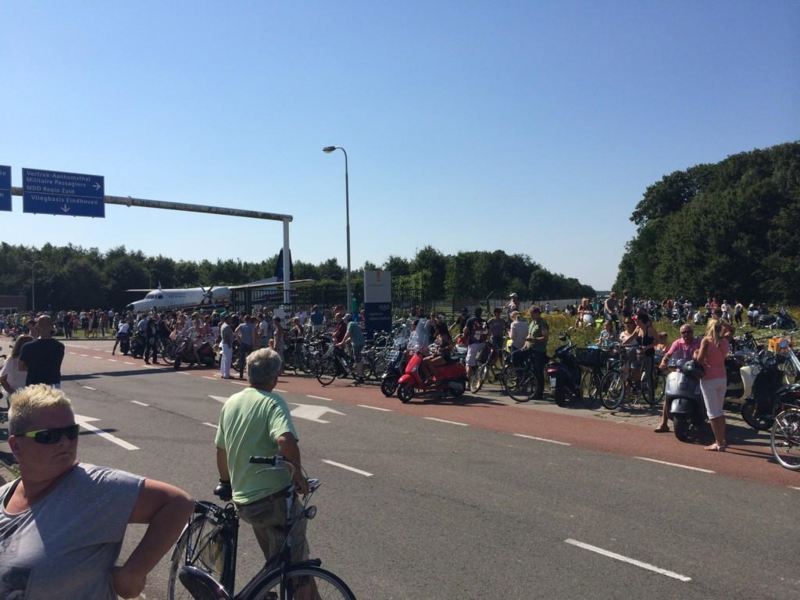 Hundreds of people have gathered in front of the gates of Eindhoven Airport today to witness the arrival of the first aeroplane with victims of the disaster flight MH17.

At the air base entrance many flowers and cards are placed as a tribute to the victims.

Also on the viaducts of the A2 at Eindhoven, people had gathered.

Around quarter past five forty black funeral cars were passing to transport the coffins with the remains of the victims to the Van Oudenheusden barracks in Hilversum.