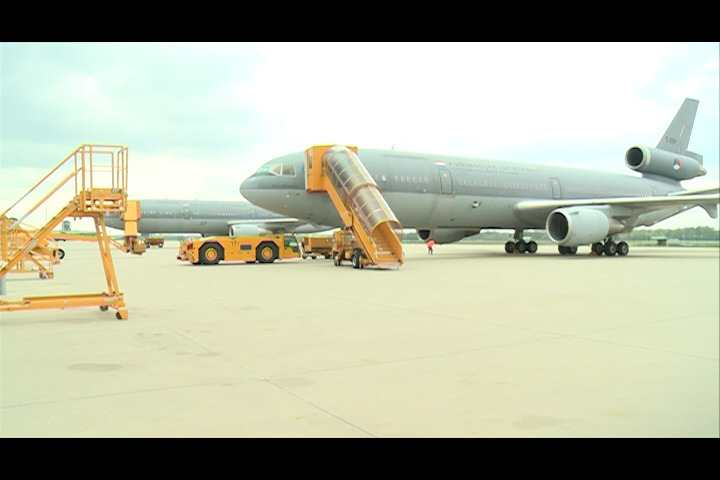 A new commander for the European Air Transport Command (EATC) was appointed today at the Eindhoven Air Base. It is Major General Christian Badia from Germany.

The international command centre is located in Eindhoven. It regulates military air traffic in the Benelux, France and Germany.

These countries have Air Force aircraft available for each other providing assistance if necessary. For example, this way a German plane could pick up Dutch soldiers abroad.
Badia’s new appointment is not the only thing happening today at the airbase, a new country has joined the EATC, Spain.