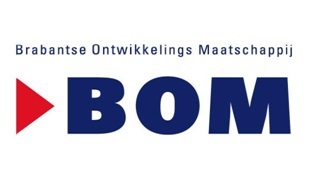 Brabant Development Agency BOM Foreign Investments set a new record last year in job creation, with over a thousand new jobs created in Brabant thanks to the 35 foreign companies opening offices or expanding in the region.

Foreign companies were meanwhile responsible for almost 54.5 million euros in direct investments in 2013.

Director of BOM Foreign Investments Eelko Brinkhoff has identified a number of trends in the job growth, with the largest number of companies to settle in Brabant in the last two years from the US, while Asian companies had been more reserved until recently when it came to investing in Europe.

The Indian IT service provider Wipro in Eindhoven was the biggest job-creator with 270 jobs. The US-based Cognizant Technology and Indian Infosys IT companies, added 120 jobs.

Tesla Motors, the American electric car maker generated a further 80 jobs and a great deal of publicity for the region.

Companies that choose to base themselves in Brabant are either seeking access to the European market and require facilities with the best possible quality-to-costs ratio for issues such as sales, logistics, and assembly, or are looking for partners to develop new technologies, products, and applications that will benefit a company’s global activities.

Compared to the ‘Randstad’ area of the Netherlands, Brabant offers cheaper land and property which attracts new businesses. The province is close to the German and French markets and is located between the ports of Rotterdam, Antwerp and the Ruhr valley. Thanks to institutes such as the High Tech Campus, the Eindhoven region also has a great deal of appeal to technological companies.