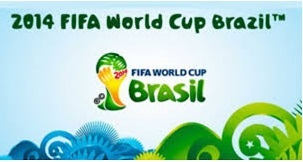 Philips announced that 9 of 12 stadiums will use Philips lighting at this summer’s 2014 FIFA World Cup football in Brazil.

Pitch lighting at five out of 12 stadiums will ensure that a global TV audience of more than three billion experience every emotion and detail of the beautiful game. Philips will provide ArenaVision pitch lighting that enables HDTV, 3D and super slow motion replays, making sure viewers do not miss one moment.

"As the world leader in lighting, Philips knows that lighting is essential for high-quality TV broadcasts of soccer and other sporting events across the world," said Flávio Guimarães, commercial director of Philips Lighting Brazil. "Philips has been lighting major sporting events for more than 60 years." The global viewing figures for the 2010 World Cup hosted by South Africa topped 3.2 billion viewers and it is expected that even more viewers will watch the world’s greatest sporting event of 2014.

Stadiums are not just about football; the façades of five stadiums will turn the stadiums into city icons. A great stadium can galvanize support, attract tourists and reflect a city’s place on the world stage. Philips has installed the lighting for Rio de Janeiro’s 78,000 seat Brazil’s iconic Maracanã stadium and will project the colours of the national flags in the roof.