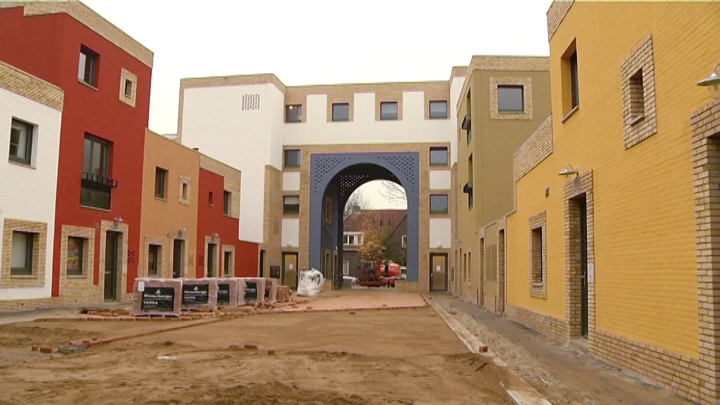 From today on Eindhoven will officially have a new neighbourhood.

Volta Galvani should represent a piece of the Mediterranean in de middle of Woensel-West.
‘Such a colourful piece was exactly what Woensel-West needed’ they thought at the housing corporation Trudo.

"You can not change the image of a neighbourhood simply and easy", said Willie de Groot of Trudo previously. "In order to do so you need to make statements. This is one of them."

The neighbourhood was officially opened at the end of Wednesday afternoon. Now already a cube is placed in front of the entrance of Volta Galvani. The cube consists of a number of different components such as benches and stage components. Those can be used in the neighbourhood by the inhabitants.