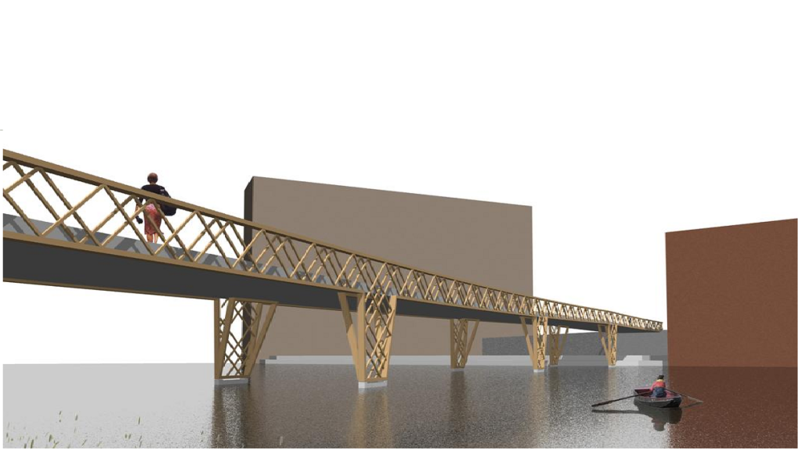 Yesterday, preparations were made for the Zandbrug (Sand Bridge) that is going to be built in park Meerland in Meerhoven.

The so-called ‘Zandbrug’ is going to be 100 meters long and will serve as a pedestrian and cycling connection between Zandrijk and Meerrijk, Meerhoven’s centre.

The area will be opened up by the new bridge. Residents have been complaining for a long time about the shopping centre not being well accessible.

The building was supposed to start earlier, but the estimates appeared to be incorrect.

There is going to be another, ultimate bridge in Meerhoven, from Waterrijk to Meerrijk. It is unsure when it is going to be built or what is it going to look like.