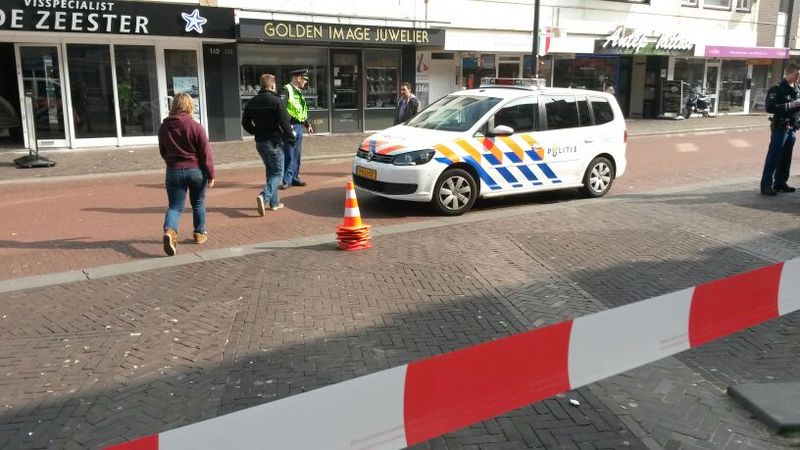 It seems that there were four perpetrators involved. They were armed with firearms and were wearing balaclavas. No shots were fired.

During the assault, the perpetrators used a black van in order to block traffic. The suspects then fled on scooters. The abandoned scooters were found a bit further at the Admiralenpad. The van was towed away by the authorities.

It is still unknown what exactly has been stolen. Meanwhile, the police have started a big man-hunt and the perpetrators are still on the run.