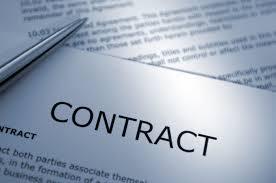 On February 18th, 2014, the Dutch House of Representatives passed an Act that will change the Dutch dismissal law, as well as certain parts of social security law and employment law.

The new law will take effect on July 1st, 2015.
This article will highlight a few of those reforms.

Current basic rules of conversion: 3x3x3
Under Dutch law, an employment contract for a fixed term can be converted into an employment contract for an indefinite period. A consequence of this conversion is that the contract no longer ends automatically by operation of law, but that this contract can only be terminated by the employee or the employer with all the corresponding consequences in the form of an applicable notice period and/or the obligation to pay severance pay.
Conversion takes place in the instance that parties have concluded more than three employment contracts for a fixed term within a 36-month period or if the temporary employment contracts exceed a term of 36 months, without exceeding a 3-month interval (the so-called 3x3x3-rule). If the conversion has taken place, an employment agreement can only be terminated with mutual consent, with a permission for dismissal from the authorities or by a court ruling.

Current dismissal law
Currently, the Netherlands has what is called a "dual dismissal system". This means that one of two proceedings can be followed to terminate an employee. If it is not possible to terminate the employment agreement with mutual consent, an employer can choose to terminate the employment agreement by giving notice of termination after receiving permission from the UWV or through dissolution by a court ruling. The outcome of each procedural route can be very different.

Application for dismissal
If an employer wants to give notice of termination to the employee, the employer has to file a request for permission to terminate with the Employee Insurance Agency (UWV) first. The application for a dismissal has to be substantiated. The employer has to explain why the employment contract has to be terminated due to, for example, economic reasons, a restructuring, bad operating results or reasons related to the employee, such as bad performance. The employee can file objections. It will take the UWV approximately 8 weeks to decide on the matter. If permission is granted, the employer can give notice. The employer will then have to take the applicable notice period as well as all other statutory notice provisions into account before the contract can be terminated.

Cantonal court proceedings
The employer can also choose to have the employment agreement dissolved by a court ruling. This is a faster but more expensive way of terminating the contract. Petitions have to be substantiated, otherwise a judge can decide that dissolution of the contract is not necessary. If the judge decides to dissolve the employment agreement, the court will usually grant compensation (redundancy payment) for the loss of employment.

Dismissal law reforms: what is going to change?
With regard to employment agreements for a fixed term, the 3x3x3-rule will change into what will be known as the 3x2x6-rule. Similar to the current rules, no more than three consecutive contracts can be agreed upon between employer and employee. Conversion will take with a fourth employment contract. However, the total duration of these three consecutive temporary contracts may not exceed a total duration of 24 months (instead of the current 36 months), without exceeding a 6-month interval (instead of a 3-month interval). Consequently, employees with a temporary contract will qualify for a permanent contract sooner than they currently can and they will enjoy more legal security. It will be allowed to derogate from the 3x2x6 rule by means of a collective bargaining agreement up to a maximum of 6x4x6 before the conversion applies.

In addition to the change in the above-mentioned rule, a notice period for fixed term employment agreements is being introduced. If an employer does not want to renew an employment contract, the employer will have to notify the employee one month prior to the end date of the fixed term contract. The contract will then end by operation of law. The employer will have to pay up to one month gross salary if it fails to give a timely notice of whether or not the contract will be renewed.

Finally, employees that are made redundant will no longer be entitled to severance pay, but will receive a transition fee instead, enabling them to train for a new job, improve their employability and generally increase their chances in finding a new job. The transition fee will amount to one third of the gross monthly salary for each of the first 10 years of service and half of the gross monthly salary for each consecutive service year, up to a maximum of EUR 75.000,- gross or a gross yearly salary. Different rules will apply for employees that are older than 50 or younger than 18. A judge will still have the possibility to deny any fee at all if the employee has lost his job through his own fault. A judge will also be able to grant additional severance pay if proceedings have been instituted as a result of imputable acts or omissions by the employer.

In conclusion
A lot will change as a result of the dismissal law reforms. The abovementioned reforms are just part of the picture. The extent of the reforms is vast. Many more changes will be implemented. For instance, the current laws and regulations regarding the probationary period and the non-competition clause in the employment agreement are to change as well as the Unemployment Benefit Act (Werkloosheidswet) and procedural employment law.

So, be aware of your rights as an employee and obtain legal advice in case of doubt.

For further details on the matters above or any other employment law matter you can contact the International Desk of Boels Zanders Advocaten.