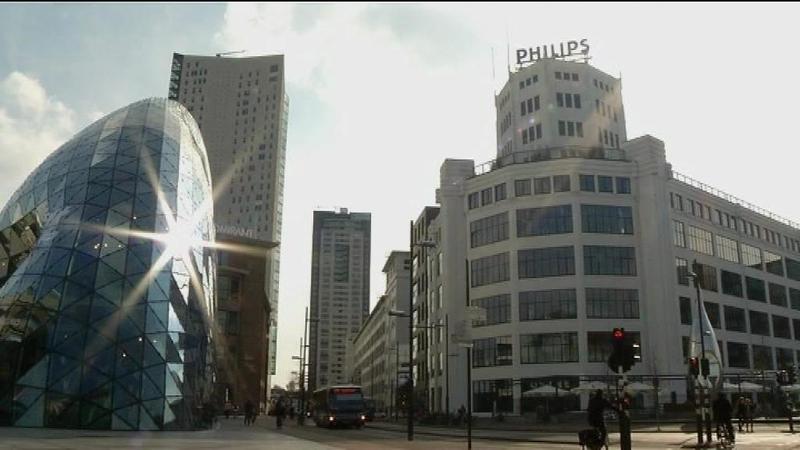 Today, at the Oyster monument at the ‘Licht toren’ (light tower) a memorial service was held for the Sinterklaas bombing of Eindhoven, on 6 December 1942. The bombing took place exactly 71 years ago today.

The event will be commemorated along with plans to expand the monument. A braille-picture will be placed in it, which can help blind people to find out what the monument stands for.

The Sinterklaas bombardment was a bombardment of the British Air Force (RAF) in Eindhoven. They bombarded Philips factories where radios had to be made for the German army. By bombarding the factory they hoped to weaken the German army by a shortage of radios. It was a Sunday, and therefore most of the 15.000 employees weren’t present but it did take the lives of 140 Eindhoven and 7 German victims. Their names can be seen in the monument.