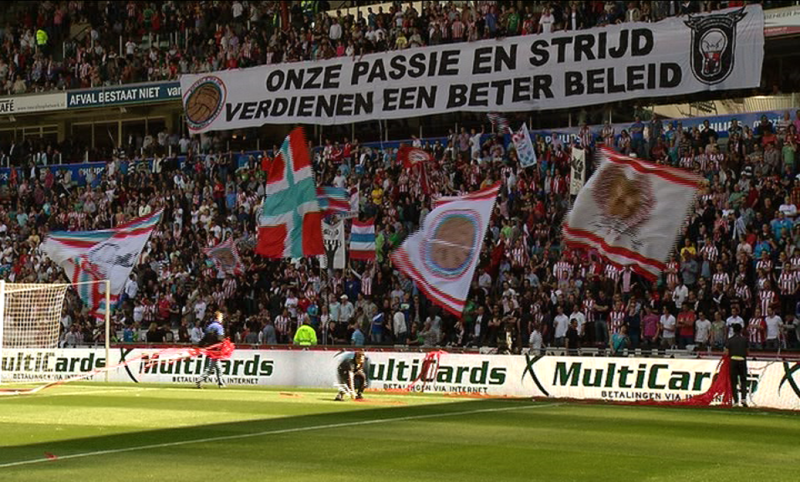 The game resulted in a 1-1 draw at the Philips Stadium Saturday evening. Coach Philip Cocu was not satisfied with his team.

Fifteen minutes into the first half, Heereveen’s captain Van den Berg received a red card. PSV did not manage to score despite the advantage of playing against a reduced team. Cocu thinks you should always win when playing with one more man almost the entire game.

Ten minutes before the end of the 2nd half, Heereveen scored the first goal. Only then, Cocu’s team started playing better and Josefzoon scored a stoppage-time equalizer.

The team is in a crisis now, says a disappointed captain, Stijn Schaars. PSV is number 8 in the Eredivisie table.