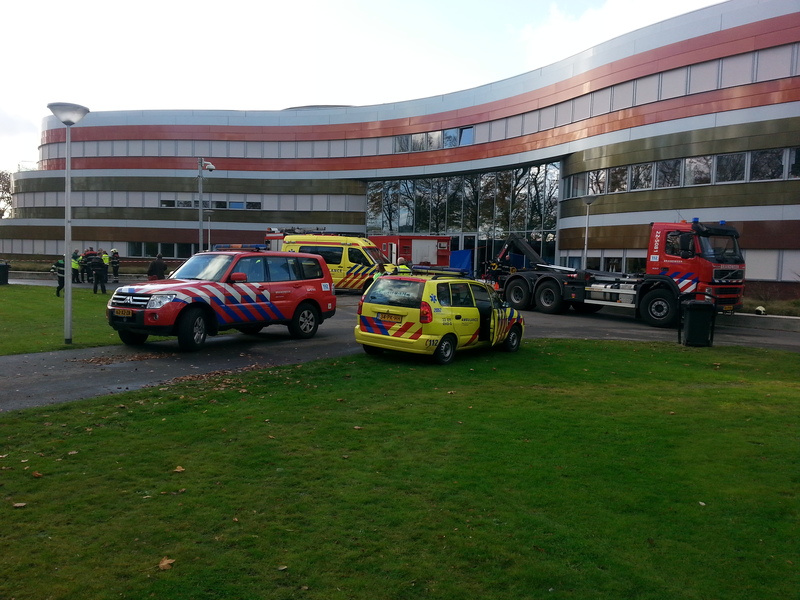 The Christiaan Huygens College on the Botenlaan was evacuated after dangerous Potasium Manganate leaked from a chemistry lab. This was reported by the office of Security for the region of Brabant-Southeast. The substance is used as a disinfectant in the medical world.

Some teachers came in contact with the substance, some still have a burning feeling on their face. They were treated immediately with the normal procedure, shower and change of clothes.

The entire building was evacuated according to principal Bram van Ek. There are many practice evacuations throughout the year, thus there was no panic during the evacuation. The students were received in another location.