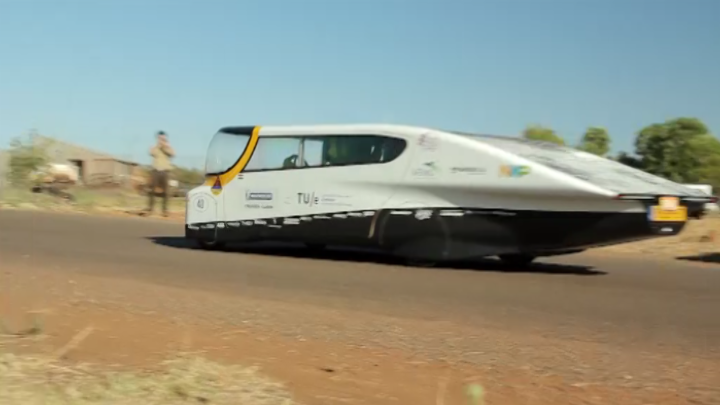 The Eindhoven team won the Cruiser Class of the World Solar Challenge in Australia with their car Stella.

In the Cruiser Class, it is not just about speed. In the final score, the number of people, practicality and the ability to meet the requirements for road registration in the country of origin were also taken into account.

The TU/e students had been leading the race from the start. The main competition came from the German and the Australian teams.

Over the past week, Stella travelled 3,000 kilometres, crossing the desert. The average speed was 67 km/h with an average of three people on board. Top speeds of 120 km/h with a full load of four people were also reached.

The Eindhoven students had been working on the family car for a year and a half. The TU Delft won the Challenger Class earlier this week.