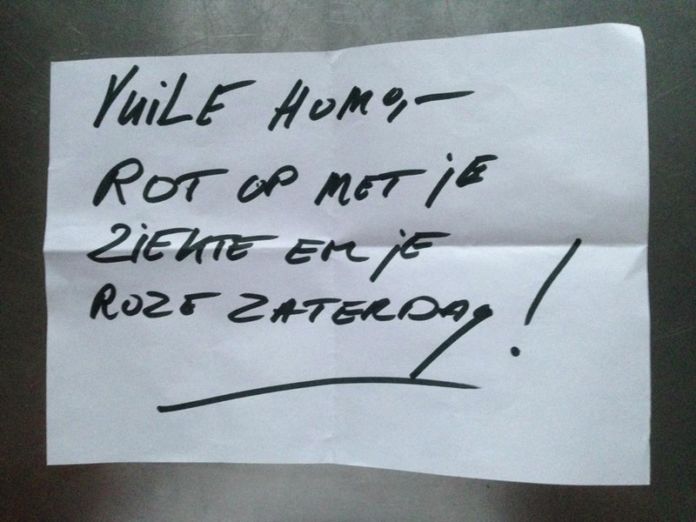 “Filthy homo, get lost with your disease and your pink Saturday”. This is the note that councilor Tom van den Nieuwenhuijzen found in his mailbox this morning.

It is anonymous, but Van den Nieuwenhuijzen will report it to the police anyway.
Chairman of the Pink Saturday 2014 organization says on his weblog that he is disappointed that the person who wrote the note chose not to talk to him, but instead threaten him.

He also says that the note makes it clear to him that he has to fight even harder for gay emancipation in Eindhoven. Pink Saturday will be held in Eindhoven next year, on 5 July.