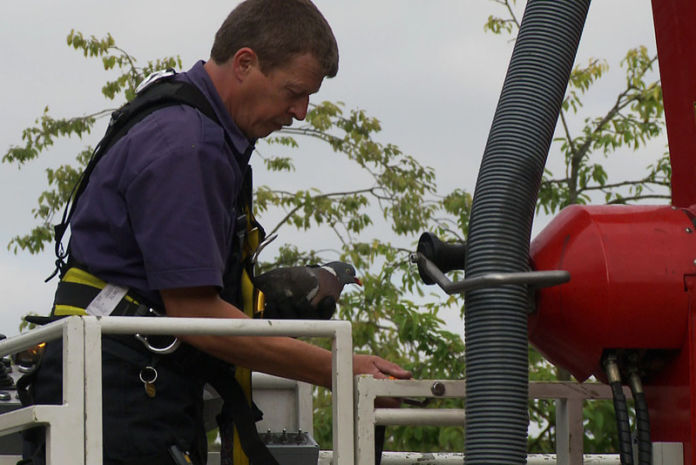 The fire department swung into action last night to rescue a pigeon.

The bird had got itself completely into a jam. The pigeon was hanging upside down on a thread in a tree in Juralaan.

Residents had heard a whole lot of fluttering in the middle of the night and called the animal ambulance, but they referred them to the fire department.
A fireman responded by climbing onto an aerial platform and very carefully removing the bird from the tree.

The pigeon had probably been in the tree for over 12 hours. Animal ambulance crew members then took care of the bird. They expect it to recover.