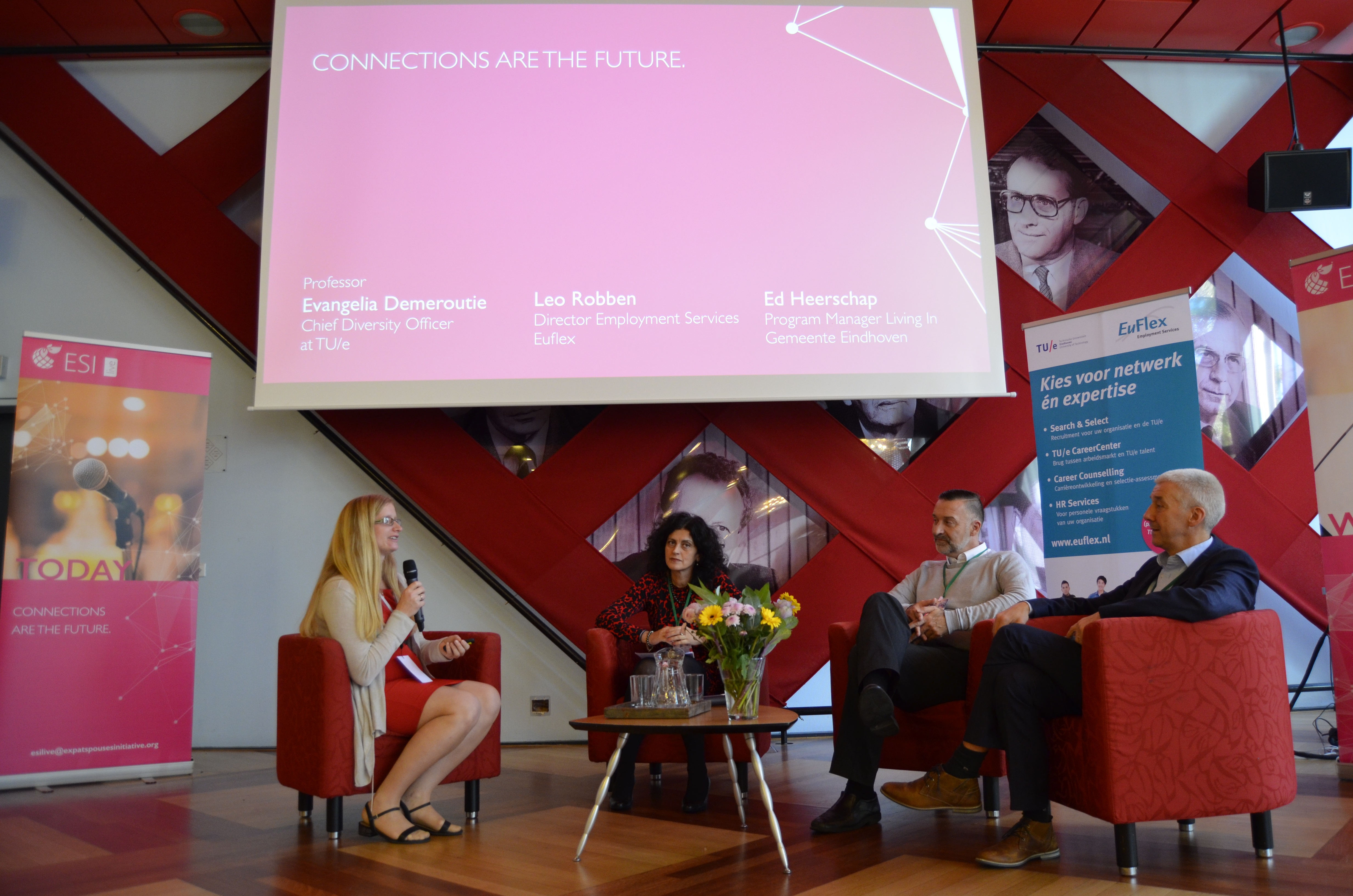 Eindhoven region is responsible for more than 40% of the Netherland’s R&D and attracts some of the brightest minds from across the world. In fact, Eindhoven has an ambition to double the number of its knowledge migrants over the next three to five years. International Eindhoven is not in the future, but around us right now.

The October event focused on bringing together the ESI (Expat Spouses Initiative) talent pool, TU/e talent and network, and EuFlex HR and recruitment to create a direct link to offer companies the best of the best.

It is more than just a CV
The ESI (Expat Spouses Initiative) Live event turns traditional recruitment upside down. Instead of presenting CV’s to companies, the local professional network is invited to connect to talented internationals in person. The event on the 27th of October was focused on Engineering.  ESI, EuFlex and TU/e had joined forces for the third ESI Live edition and presented highly-skilled Engineering candidates:  TU/e Ph.D. student graduates and Engineering Professionals from ESI.

The opening speech by Kavitha Varathan emphasized the rapid change of Eindhoven as a local city into a melting pot of the Brainport region. The keynote speech by Jo van Ham, Vice President of the Executive Board of TU/e, highlighted the importance of the event to create an opportunity for people with academic excellence and skills to extend their career development further within the region.  The event had a stellar line-up of candidates within the Senaatszaal of the TU/e. 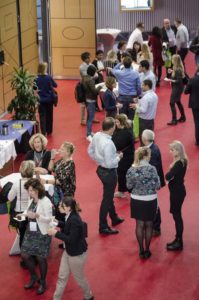 Two minutes of fame
During the event, companies and international talent had the opportunity to connect personally. Firstly candidates pitched their ambitions, background and experience to set the scene for further conversations, which were followed up in the break as well as during the company spotlight and networking sessions.
With such a personal warm up, companies opened up to share with the candidates and the audience who they are and what they are looking for. The international candidates took the chance to ask direct questions and open discussions on the spot. This was no ordinary interview setting between recruiters and job applicants, but live communication and interaction in which recruiters and candidates learned about each other’s personal and professional expectations in the years to come. Most importantly, recruiters had the chance to learn about each candidate’s soft skills in a more effective way than is the case in the traditional recruitment process

trend. It all comes down to people. Technology is about people; innovation is about people; business is about people. People are the future. Connections are the future. The panelist Evangelia Demerouti, Chief Diversity Officer at the TU/e; Leo Robben, Director of Euflex Recruitment Services; and Ed Heerschap, Living In Coordinator of the municipality of Eindhoven, shared their visions in an open and engaging discussion with the participants. All agreed that a wholesome solution can only be achieved by joining forces.

Career Network
ESI Live made real connections in order to enable innovation and growth for the region and for local companies. For the internationals, it is a perfect moment to extend their professional network. Most of the internationals that are starting to build or restart their career in the Netherlands, of course know the large companies such as ASML or Philips, but not many know of the small and medium companies (SMEs) here who work with cutting-edge technology and provide plenty of room for professional development as the company rapidly grows. ESI Live tackles that challenge by inviting SMEs interested in integrating international talent within their company. 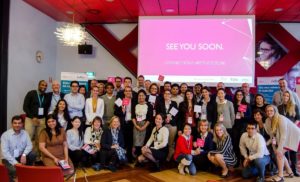 Together with local companies and organisations, ESI aims to build a trusted Dual Career Network, which ensures that the international talent stays in the region and also at local companies. A dual career network is one which enables both partners to continue their career when they arrive in the Netherlands or even makes valuable connections before coming here.
Statistics show that when all family members are rooted within the Eindhoven ecosystem it is more likely that in the long-term, international families decide to call Eindhoven Region their home. As shown in a survey that ESI conducted at the beginning this year, 86 percent of the internationals who were asked, said that they would leave Eindhoven if they could not find a job in the Netherlands. This would mean a talent pool trickling out of Eindhoven if the right connections are not made in time.

ESI (Expat Spouses Initiative) connects spouses and partners of working internationals in the region with local jobs, by building a local international talent community. ESI is a community of 1200+ professionals – all university-educated and more than 70% with more than 5 years experience.