A large number of Corona measures will be relaxed from 1 July 2020. Prime Minister Rutte and Minister De Jonge announced this at a press conference on Wednesday evening.

The fact that the Corona virus measures for saunas, fair operators, coach companies and the events sector will be relaxed does not mean that the worries are over.

From 1 July an unlimited number of people may be present at group gatherings. But 1.5 meter distance must be maintained. Prior reservation and a health check is essential. However, no major events will take place in the short term. “A permit application for a larger event usually takes about six weeks. So such events won’t take place before the second week of August,” said Rutte.

All sports, including contact sports, are allowed again as of July 1. It’s possible to have both recreational activity as well as competitions. According to Rutte, spectators will also be allowed in a football stadium from 1 July. However, they must comply with the 1.5 meter distance rule. The ban on such things as fans singing out loud continues to prevent contamination. Under certain conditions, choirs may rehearse and perform again from 1 July.

From 1 July,  there’s also no longer a limit on the number of people that can travel together in the car. All seats in coaches and taxis may also be occupied again. However, every passenger must wear a face mask.

In addition, the gyms, saunas and casinos can open their doors again. Secondary schools will also reopen fully after the summer. There is no need to keep a distance from each other under the age of 18.

The announced relaxations on 1 July mean good news for cafés, theatres, cinemas, churches, fairs and festivals. All contact professionals, including sex workers, may return to work from 1 July, although making an appointment remains a requirement. Earlier, other contact professions such as hairdressers were already allowed to work.

Discotheques and nightclubs will remain closed until at least September 1st.

“We’ve done this together”

The press conference Wednesday night is probably the last scheduled press conference on Corona. After this, there’s no more meeting of the Ministerial Commission for Crisis Management (MCCb) on the agenda. Minister De Jonge spoke encouraging words Wednesday evening. “If we do it right, new national lockdown is unlikely,” he said.

Rutte said the measures are relaxed because people complied. “We did this together. Make no mistake: without all the measures we’d have had to deal with an estimated 135,000 hospital admissions. These numbers would have really disrupted our country.” The norm of 1.5 metre will continue as long as there is no vaccine, Rutte said. 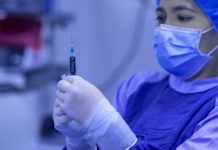 Plan to roll out COVID-19 vaccine 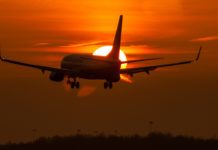 People living near the airport are enjoying the silence 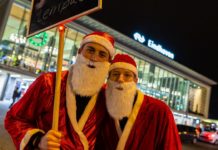 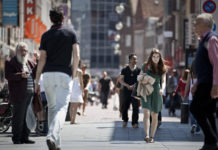 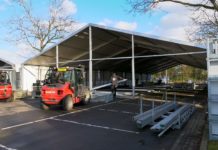