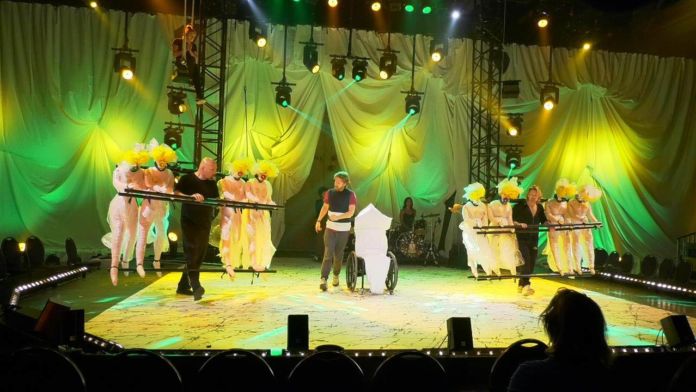 From old factory building to circus tent – this month the Klokgebouw will be the backdrop for Ashtonia, a unique circus show by cabaret group the Ashton Brothers.

More than 60,000 people have already visited Ashtonia at Slot Zeist, which was the circus’ home until recently. This year the group decided to go on tour, visiting Apeldoorn and Eindhoven as well as Zeist.

According to PR advisor Pauline Ouwekerk, the tour will be a challenge as building and dismantling it is quite the undertaking.

Eindhoven is the only city where the show will be held indoors, which requires a number of adjustments.

Klokgebouw director Jan Buys said: “radiators, steel beams, and fluorescent tubes had to be removed to allow for the height of the circus tent. It took a bit of work”. This extra space is also necessary to safely accommodate the trapeze act.

“The ceiling here is concrete. Hitting it would be more painful than the canvas we are used to. But we’ll be practicing, so it should be fine”, said Ashton Brother Joost Spijker.

The group will hold nine weekend performances in the Klokgebouw over the next three weeks. In addition to music, magic, acrobatics, and star performances by dogs and chickens, the Ashton Brothers in particular will provide a good dose of humour.

The show, which starts with a meal and entertainment, lasts five hours.