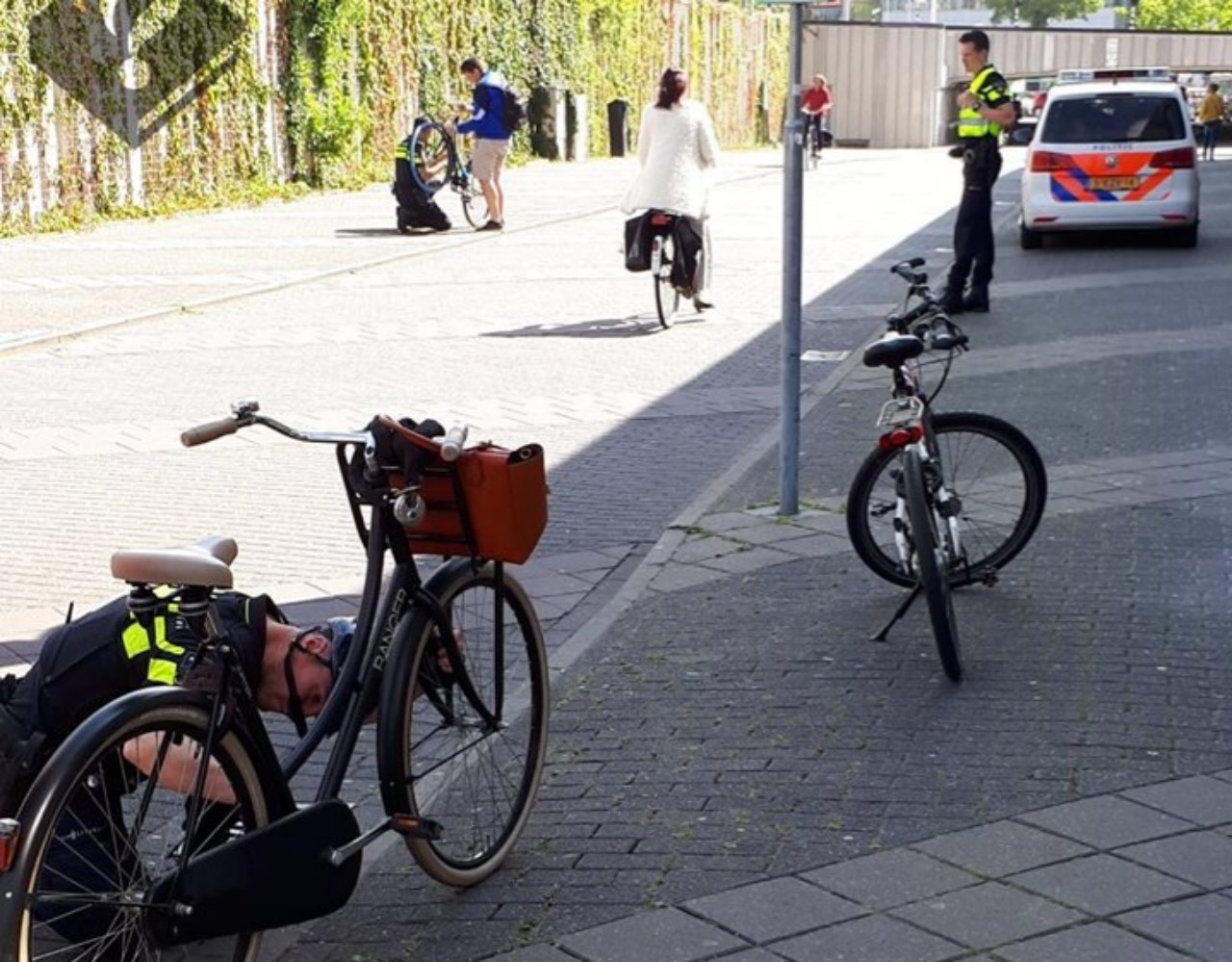 On Tuesday, the police held a spot-check for bicycles and scooters in the Eindhoven city centre.

They were not seeing whether the lights and brakes were working. Officers were checking chassis and frame numbers. They wanted to determine whether any had been stolen.

They inspected dozen of bicycles and scooters. The police seized two bicycles because these were reported as being stolen, as per the police’s records. The police, therefore, took these bicycles to the police station. Here the police will further inspect them. They will, hopefully, then be able to return them to their rightful owners.

According to the Eindhoven police, many people were positive about this action. “They cooperated fully. They were pleased that we were giving this matter attention”, reads a post from the Eindhoven’s Police Facebook page.