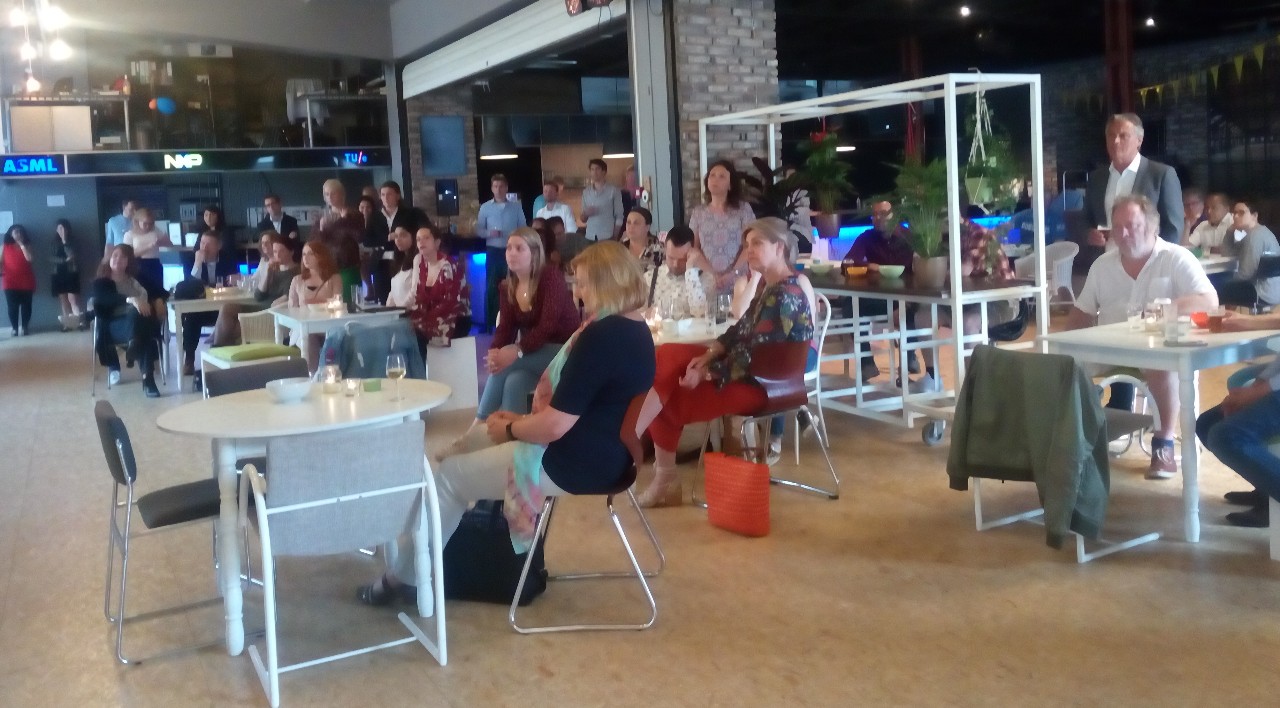 Friday saw the official launch of the new-and-improved Hub 2.0.

Before the party kicked off at 20:00, a get-together was held for invited guests. The new interior was unveiled as well as the Hub’s new logo and website. Their new motto is “We are here: to inform, to make friends, to teach, to have fun”.

The keynote speaker was Roy White, the Director of the International School in Eindhoven. In his address, he said, “The Hub is extremely important.” Roy has lived in many cities, in many countries and says he knows what it is like to go to a city and not feel part of the community. “I have found that there are a lot of people here who actually go out of their way to help people feel part of the community”, he added.

The Hub’s former chairman, Bas van der Kieft, called Friday’s relaunch a “historic event”. “Today is a milestone in the development of the Hub. I am confident of a bright future”, he said. He added that the Hub is the only place in the Netherlands that is available to expats whenever they need it.

According to their new website, the Hub started in 2007. In 2011, the foundation was formally established and in 2012, they moved to their current address at 25 Vestdijk, right in the city centre. The hub now boasts more than 175 volunteers and holds regular events geared at helping expats grow their social networks.

Natasja van der Velden, the Hub’s Event Manager says, “At the Hub 2.0, we will focus on several activities, such as food and technology. We are really proud of what we have established so far.”